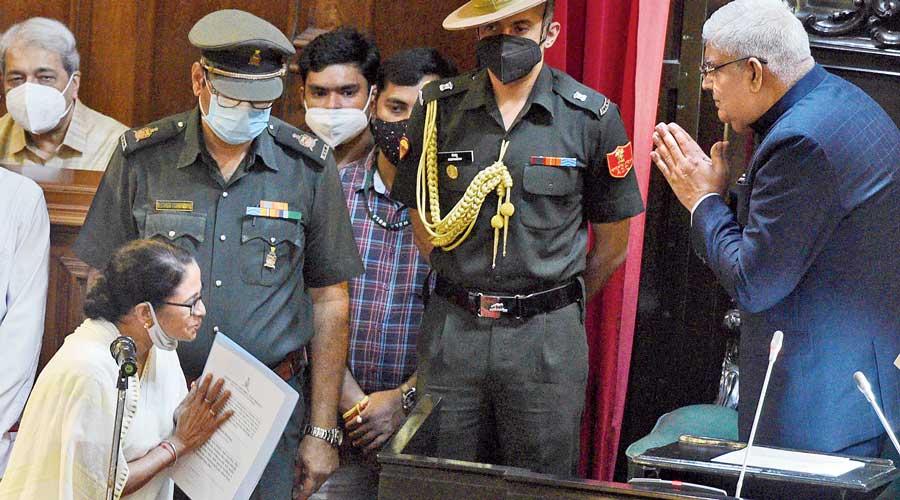 Governor Jagdeep Dhankhar administers the oath to Mamata Banerjee at the state Assembly on Thursday afternoon.
Pradip Sanyal
Our Bureau   |   Calcutta   |   Published 08.10.21, 01:28 AM

Bengal governor Jagdeep Dhankhar administers the oath to Mamata Banerjee at the state Assembly on Thursday afternoon in a seven-minute ceremony.

This is the first time in recent memory that the governor administered the oath to MLAs, including Mamata and two others from Trinamul, Jakir Hossain and Amirul Islam. 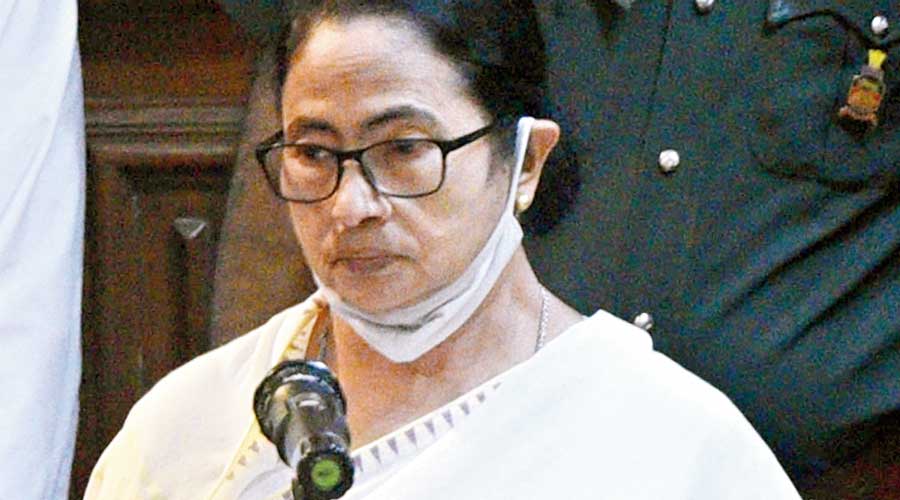 “One can call it a historic day as the governor administered the oath.… After the ceremony, the governor, along with the chief minister went to Speaker Biman Banerjee’s room, which was a rare occurrence,” said a Trinamul MLA. 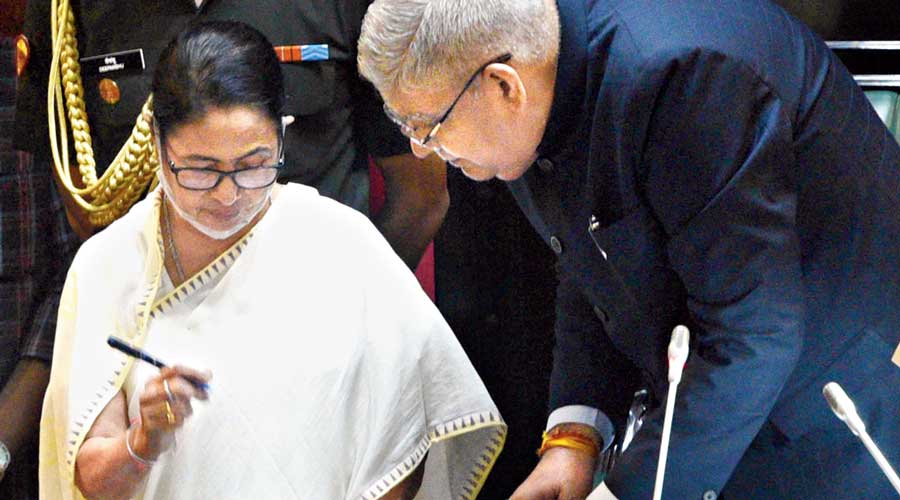 As the Trinamul leader who led her party to a thumping victory in the Assembly polls, Mamata had taken oath as chief minister on May 5, but as she had lost the election from Nandigram, she had to win a bypoll to continue as CM beyond November 5. She emphatically won the September 30 bypoll to Bhowanipore to become an MLA. No one from the Opposition was present during the swearing-in.