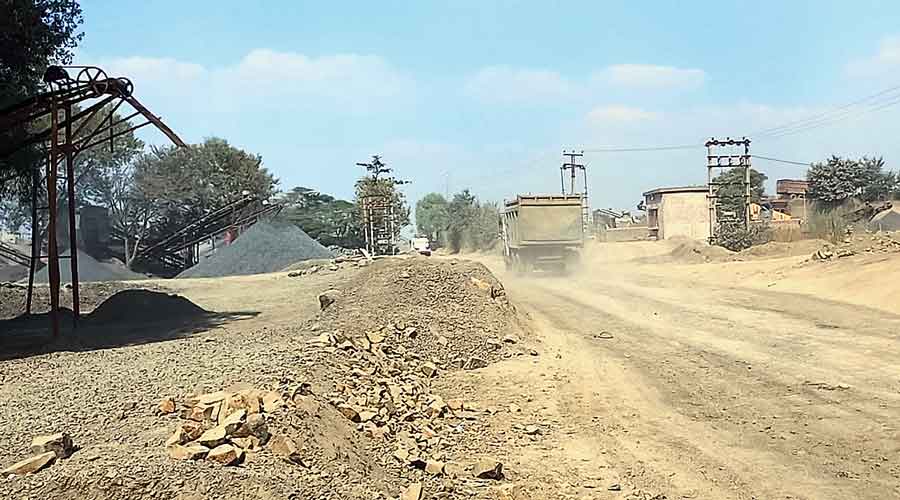 Members of a state advisory committee for the proposed Deocha-Pachami coal mine project on Saturday held a meeting with around 30 land losers to feel the pulse of villagers at a time the government started distributing appointment letters for jobs and cheques for land as part of its rehabilitation package.

Chief minister Mamata Banerjee handed over job letters and cheques to around 50 land losers in Calcutta last Wednesday while over 100 others got their papers at Mohammedbazar near the proposed coal mining site in Birbhum district on the same day.

“We do visit the area regularly to discuss issues related to the coal mine project.… (On Saturday) we tried to talk to the people both for and against the project to know their demands,” said Tanmoy Ghosh, the convener of the advisory committee, about the meeting held at the PDCL guest house in Suri.

However, none of the members of the platforms  formed to oppose the proposed coal mine project  was present at the meeting to give their side of the story.

only after criminal cases lodged against “their people” were withdrawn.

Those arrested are still  in jail.

“We reached out to those protesting against the project. We requested them to meet us and inform them about their issues. They told us they wanted criminal cases against their members to be dropped. We willinform the state government about this demand,” Ghosh added.

Protesters of the Mahasabha, who are mostly tribal people from the proposed coal mine project area, also released a statement on social media on Saturday to say no one from their platform had participated in the meeting with the advisory committee in Suri.