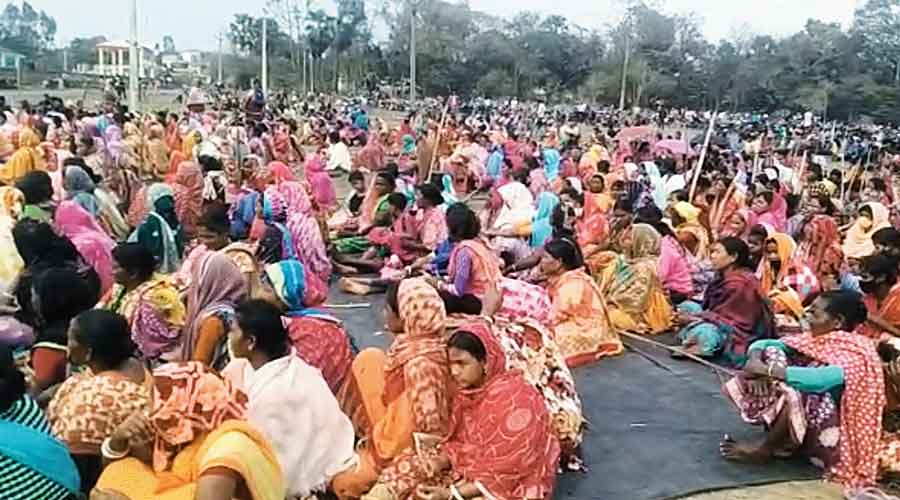 Around 25 eminent academics, intellectuals and activists from across the country and abroad on Monday issued a signed statement, asking that the arrested activists opposed to the Deocha-Pachami coal mine project in Birbhum be released and coercive charges against them be dropped.

The signatories, including economists Prabhat Patnaik and Amit Bhaduri, political scientist Zoya Hasan and activist Yogendra Yadav, urged the state government to engage in genuine dialogue with the local people of the coal mine site following the due process of law before implementing the project.

“We, the undersigned, appeal to all concerned parties, particularly the Government of West Bengal to engage in genuine dialogue with the local people as well as all concerned citizens by following the due process of law. For this it is imperative that coercive arrests and charges are withdrawn,” read the statement that went on to seek “the threat of further arrests is removed by releasing all arrested from jail, the false cases are withdrawn….”

The signatories also sought a “decentralised process of law of consulting local people in an atmosphere free of threat or fear... before making policy announcements from the highest offices”.

“We also urge upon local people to ensure that the spirit and process of dialogue is upheld," it added.

The situation in Deocha took a downturn following events at an anti-coal mine rally by the Birbhum Jamee, Jeebon, Jeebika O Prakriti Bachao Mahasabha on February 20, which prompted police to arrest nine persons — including a group of seven activists from Calcutta that had Left-leaning economist Prasenjit Bose — on charges including attempt-to-murder and abduction.

The arrested are in jail custody and will be produced before a Suri court on Tuesday.

The chorus of support for the arrested also came from many others like former chief secretary of Bengal Ardhendu Sen, professor of economics at the University of Massachusetts Jayati Ghosh and activists like Anuradha Talwar and Kumar Rana.

Many activists said that the statement from such eminent persons would go on to strengthen the ongoing movement against the proposed coal mine.

The statement also referred to the recent step of chief minister Mamata Banerjee to sweeten the rehabilitation package following the February 20 protest “twice", on February 21 and 23.

“This indicates that there are genuine grounds of discontent among the local people of Birbhum that have merited revision of compensation offers twice within three days,” the statement reads.

Over a thousand residents from tribal areas surrounding the proposed coal mine project site continued their indefinite protest for the second consecutive day in Harinsingha village with a demand to scrap the proposed project and withdraw criminal cases slapped against villagers, including the activists arrested on February 20.

After organising several rallies against the coal mine project and alleged police repression, the people of the area united under the banner of the Mahasabha for an indefinite protest from Sunday.

“We won't stop until our demands are met. Our friends were slapped with harsh criminal cases and the police arrested nine persons. We want criminal cases to be withdrawn and an announcement from the government that they will scrap the mining project,” said a protester.

Members of the coal mine advisory committee, headed by actor Parambrata Chatterjee, on Saturday held a meeting with a group of local residents to gauge the pulse in the area in the wake of the state government handing out job letters and remuneration to land losers. However, Sunday's protesters were reportedly not part of this meeting and asked advisory committee convener Tanmoy Ghosh to withdraw the criminal cases lodged against villagers.