They were arrested by Birbhum police on harsh charges including attempt to murder, abduction of a TMC leader as well as attacks on the police 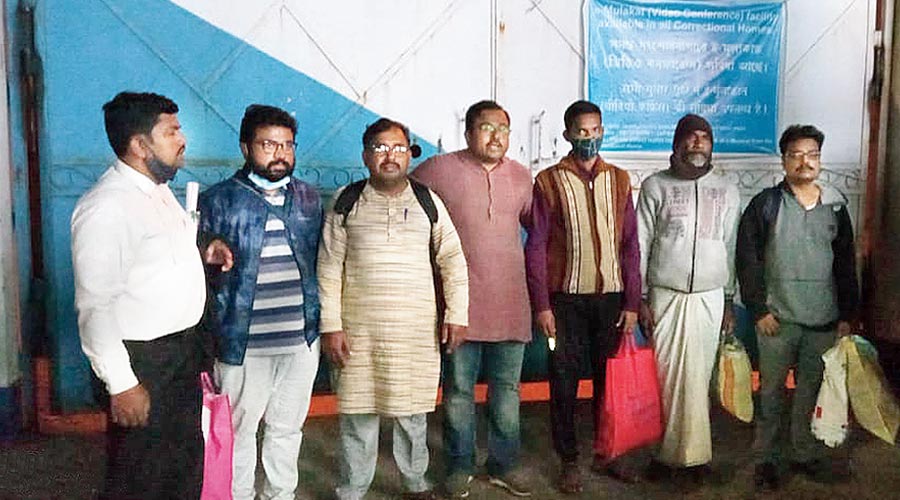 The additional chief judicial magistrate of Birbhum district court in Suri on Tuesday granted bail to nine persons, including seven Calcutta-based activists, who had been arrested when events after a rally against the proposed Deocha-Pachami coal mine project on February 20 had spiralled out of control.

“The court today (Tuesday) granted bail to all nine persons accused in two different cases. According to the order, the persons who received bail have to report to the investigating officer of one of the cases (which include an attempted murder charge) once a week for two months,” said Somenath Mukherjee, the advocate who appeared for the activists.

The seven activists — including Left-leaning economist Prasenjit Bose — and the two local tribal persons were arrested by Birbhum police on February 20 on harsh charges including attempt to murder, abduction of a Trinamul Congress leader as well as attacks on the police.

The arrests had prompted many outfits as well as several prominent members of the civil society and eminent academics from around the country and abroad to voice their protest.

They also claimed the two cases filed against the activists were false and demanded their immediate release by withdrawing all the charges.

The arrested activists had been produced in the court on February 24 for the first time, but the bail prayer was rejected then as police did not submit the injury reports of victims in both the cases.

Avik Saha, the national president of the Jai Kisan Andolan and secretary of All India Kisan Sangharsh Coordination Committee, on Tuesday filed a petition before Calcutta High Court, seeking the quashing of “false” cases against the activists.

He is an accused in the two criminal cases.

The indefinite protest by local residents opposed to the coal mine, which had started on Sunday, continued for the third consecutive day on Tuesday.

“We are happy that our people got bail. However, we want all the cases to be withdrawn against them and all the others (who are opposed to the coal mine),” said a tribal woman protesting at the site.

Kunal Deb, an activist who also participated in the February 20 movement, said transparent dialogue was needed between the state and the settlers of the area where the mine is proposed to come up.

“The government should organise a public hearing with the people of the area to clarify its own views and also to listen to the demands of the tribal people and their logic of why they are against the mine.”