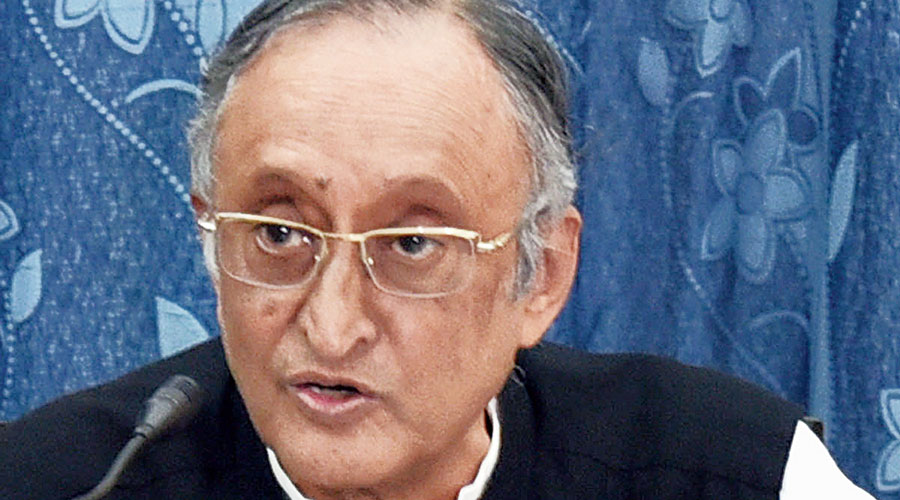 The Bengal government has asked banks to issue 7.89 lakh kisan credit cards (KCC) by September 15 as part of its bid to stand by small and marginal farmers in the midst of the Covid-19 pandemic.

State finance and industry minister Amit Mitra said on Thursday that the target had been given to the banks — both public and private sector — as the state government was keen on issuing 20 lakh KCCs by September 15 this year.

“Already 12.11 lakh cards were issued between June 1 and August 31 because of consistent efforts by the state government as well as the banks. We have asked the PSU banks, cooperative banks and regional rural banks (RRBs) during an SLBC (state level bankers committee) meeting on Thursday to issue remaining cards by September 15,” said Mitra.

Issuance of over 12 lakh KCCs in three months — a record if compared with past numbers maintained in the agriculture department — during the pandemic holds significance for two reasons, said the economist-turned-politician.

First, it would ensure that lakhs of farmers don’t face trouble to invest in the kharif season as they would be eligible for bank loans and it would minimise their dependence on local money lenders, who often lend money at a much higher rate during the pandemic.

Second, it would ensure that employment opportunities don’t shrink in the agriculture sector at a time when earning a livelihood has become a problem for many in the rural areas because of the pandemic.

“Before June 1 this year, a total of 35 lakh KCCs were issued in the state so far. With the issuance of 12.11 lakh KCCs, the figure has reached 47.11 lakh. If we achieve the target of issuing 20 lakh cards by September 15, a total of 55 lakh farmers would have KCCs, which will be a success,” said a senior official.

If 55 lakh farmers have KCCs, officials said, majority of the small and marginal farmers in the state would be covered.

“The state has a total of 72 lakh farmers. About 10 lakh farmers don’t need bank loans as they are financially stable. If 55 lakh farmers are covered by KCC, it will be an achievement and it would leave a positive impact on the agriculture sector,” said an official.

The agriculture department officials believe that if the majority of the farmers are eligible for bank loans, they could be encouraged to go for diversification like cultivation of pulses, instead of potato surplus production of which often leaves farmers in trouble.

The finance minister said achieving the target of issuing a total of 20 lakh cards by September 15 was not difficult.

As part of augmenting rural income, the state government is also laying stress on bringing farmers associated with pisciculture and animal resources development under the KCC net.

Sources said the state government monitored the process of issuing KCCs during the pandemic with due seriousness to ensure that the rural economy did not face the brunt of the economic slowdown that has become a nation-wide phenomenon.

“If many of the farmers, particularly the small and marginal ones, were unable to cultivate plots, it would have spelt a disaster in the rural economy. No ruling party would like to face a situation like this ahead of the Assembly polls, as 72 lakh families directly associated with farming holds the key to electoral success in Bengal,” a source said.

The finance minister also said that a sum of Rs 15,404 crore had been disbursed as loan to MSME sector between April 1 and June 30, which is also an achievement as a large part of the period fell during the nation-wide lockdown.

Besides, the state government has set a target for the banks to disburse loans of Rs 15,000 crore to the self-help groups in the ongoing financial year, while a total of Rs 9,225 crore was disbursed last year.

“All these are efforts to help the downtrodden people during the pandemic. The target is to ensure that the rural economy does not take a hit because of the pandemic,” said a source.