Even after his retirement in 2001, he chose to stay at his two-room apartment at Judge Bazar and continued to counsel students without taking a penny 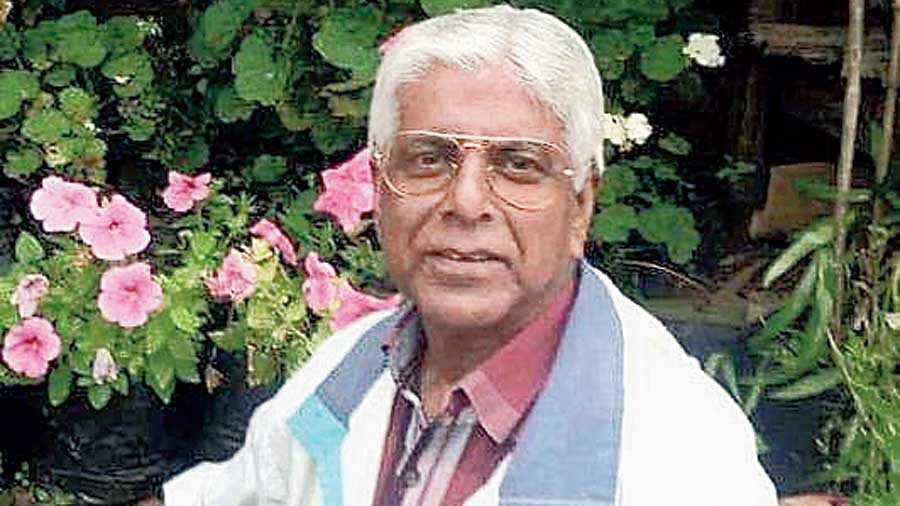 Dipankar Basu, a professor who had spent his lifetime in the hills and worked hard for the betterment of students, breathed his last in Calcutta on Friday morning.

Basu, who was loved and revered in Darjeeling, was 79.

His love affair with Darjeeling started in the autumn of 1968 when he came to join as lecturer of political science at Darjeeling Government College(DGC), and he made the Queen of the Hills his home.

“During his career he was transferred four times — twice to Presidency College and to Maulana Azad and Chandernagore College. But he appealed against the transfers and managed to stay back in Darjeeling on all the four occasions,” said Uday Mani Pradhan, a student-turned friend of Basu.

“His love for Darjeeling and his zeal to help young people in their career is legendary,” said Pradhan.

Even after his retirement in 2001, he chose to stay at his two-room apartment at Judge Bazar here and continued to counsel students without taking a penny as remuneration.

Basu was the first to start an “IAS coaching centre” at the DGC in 1975.

Pradhan was a student in the second batch. “The government college centre died a natural death but he soon set up another coaching centre in Darjeeling,” said Pradhan.

Amar Singh Rai, former Darjeeling MLA as well as the vice-principal of Loreto College, first met Basu through an organisation called Orchid. “This was an organisation formed by Bengali professors working in Darjeeling and they would involve themselves in theatre and other cultural activities,” said Rai.

On November 12, Basu collapsed at his Jadavpur residence and had to be rushed to hospital. “Darjeeling would have given him a grand farewell but alas,” said Rai.

He is survived by his younger brother and three sisters, who all live in Calcutta.