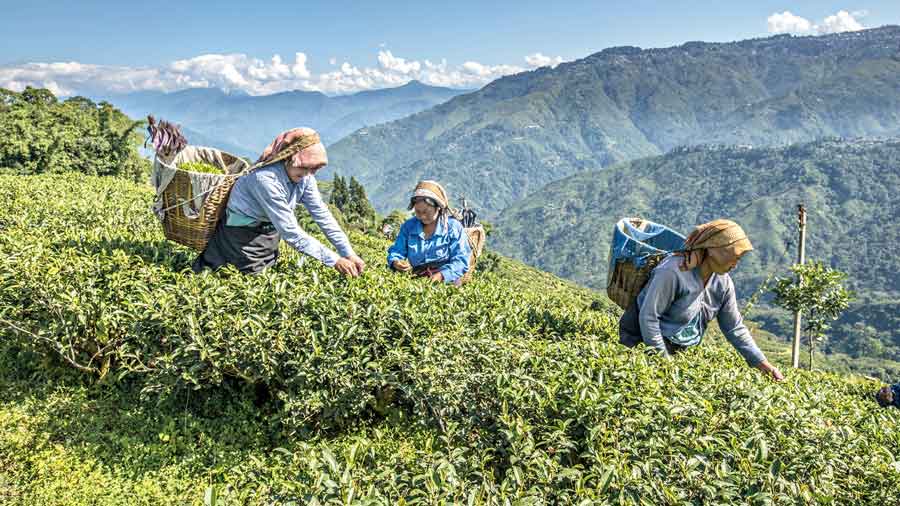 A decision by all major tea trade unions in the Darjeeling hills to propose the name of the new management of a tea estate that has been closed since 2019 has sparked a debate on whether the labour outfits have exceeded their brief by scouting for a fresh owner for the garden instead of focusing on the core issue of workers’ rights.

The agreement paper said: “The name of the Management was proposed by the Unions themselves.”

The mention of this point has raised eyebrows as some veteran trade unionists have asked whether it is the responsibility of the trade unions, which are supposed to uphold the interests of the workers, to scout for new management for closed tea gardens.

“We have always known that it’s the government’s job to get a new management for a closed tea garden.… But we witnessed a different story yesterday. Isn’t it a kind of role reversal?” asked a senior trade union leader.

“While I understand that the trade unions want the closed tea gardens to reopen for the interest of the workers, the leaders should also remember the pitfalls of their role in getting a new management. In case the new management backs out on its promises, who would be held accountable?” the leader asked.

Several other hill residents, who have had worked in the tea industry for decades, said that it would be difficult for the labour department to catch hold of the management in case of any deviation from the agreed terms if its a choice of the trade unions.

“The entire philosophy of collective bargaining in the interest of the workers gets defeated if the trade unions start getting new management for closed tea gardens,” said a hill resident.

As part of the agreement, the new management for Kalej, which has around 600 workers, has decided to pay 40 per cent of the accrued wages soon after the garden is reopened, while the rest of the amount will be paid in two instalments of 30 per cent by March and June, 2022, respectively.

It has also been agreed that gratuities dues will be cleared in six monthly instalments. Half of the bonus for the accounting year 2016-17 will be paid during Durga Puja next year.

Amid the debate on whether the trade union leaders had made a cardinal mistake, Milan Pradhan, general secretary of the Darjeeling Terai Dooars Plantation Labour Union that is affiliated to the GJM and is one of the signatories to Thursday’s agreement, said: “We were not aware of this point, we seem to have overlooked it. It is not our role to find an owner. We will approach the labour department seeking correction in the agreement.”

N.B. Khawash, general secretary of the Trinamul-affiliated Cha Bagan Trinamul Congress Mazdoor Union, too, acknowledged that they had been unmindful of their original role.

“A number of owners were interested in running the garden but this company (Silicon Agro) agreed to all our demands and hence we supported them…. We will see what can be done to make corrections in the agreement,” Khawash said.

J.B. Tamang, working president of the Hill Terai Dooars Plantation Workers Union that is affiliated to the BGPM said they, too, were

unaware of this point. “We will soon sit for a meeting to discuss what needs to be done…. Today we are at the garden reopening event,” Tamang said.

An official in the labour department refused to comment on the contents of the agreement.

A few days back, another tea company was chosen through a tender process to take over and run Madhu, a tea estate in Alipurduar district that was closed since 2014.