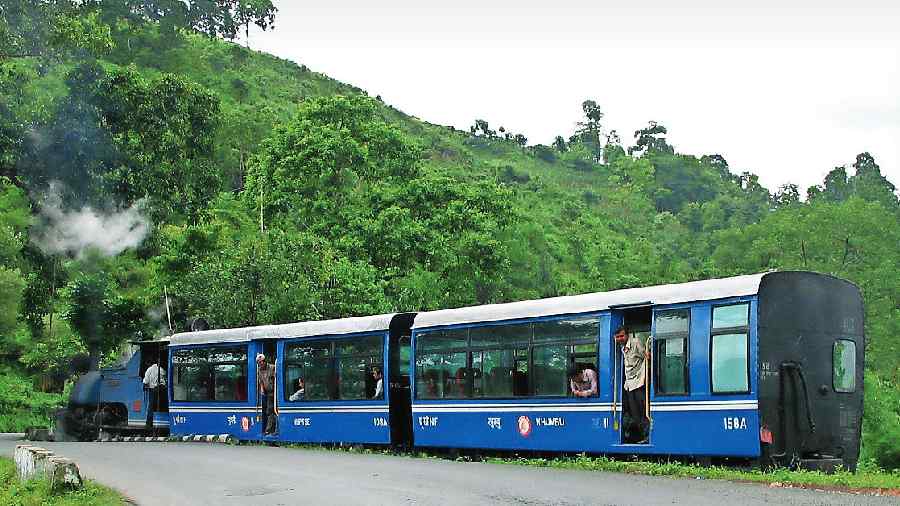 The Darjeeling Himalayan Railway registered the highest monthly revenue of Rs 3.20 crore in May, riding on huge summer rush of tourists to the region where the heritage mountain service is one of the key attractions.

Northeast Frontier Railway (NFR) chief public relations officer Sabyasachi De said the DHR had earned Rs 3.20 crore last month, while its expenditure had been around Rs 2.75 crore in May.

“The increase in the monthly revenue is the highest ever recorded in the history of the DHR. It is around 54 per cent more than the earlier highest monthly earning of Rs 2.07 crore in May, 2018,” said De.

In the past few years, there was a spurt in the number of DHR passengers, mostly tourists.

“Around one lakh people travelled annually on toy trains in recent years. There had been a decrease in the number of passengers in the past two years because of the Covid-19 pandemic which led to the suspension of the train service. We hope the passenger count will go up this year as around 35,000 people had availed themselves of the toy train service in the first two months of the current fiscal,” the railway official added.

De said the DHR had earned Rs 4.73 crore in total in April and May, while the expenditure was around Rs 4.53 crore.

As of now, the DHR conducts two regular toy train services between New Jalpaiguri and Darjeeling, along with 12 joy rides — the most popular among tourists — between Darjeeling and Ghoom.

The Unesco had conferred the world heritage status on the DHR in 1999.

The increase in the earnings, DHR sources said, has come as relief for them as the Centre had earlier announced that it would monetise the heritage railway, along with several other railway properties.

This had led to protests from various quarters in the hills and even toy train enthusiasts had expressed disappointment over the decision.

“It is important that the earnings of the DHR go up. It would show that the hill railway is not incurring losses,” said a source.

The NFR and DHR authorities have also taken a number of initiatives to popularise the mountain railway. They include new trains like Steam Jungle Tea Safari, Red Panda Express and Himkanya which run on various hill routes. The DHR also offers charter toy trains for different purposes, including film shooting.

“Last year, we also hosted a fest in the hills to popularise the DHR,” said an official.