A police officer says the demonstrators were first asked to disperse, but when they refused they were forced to board the prison van 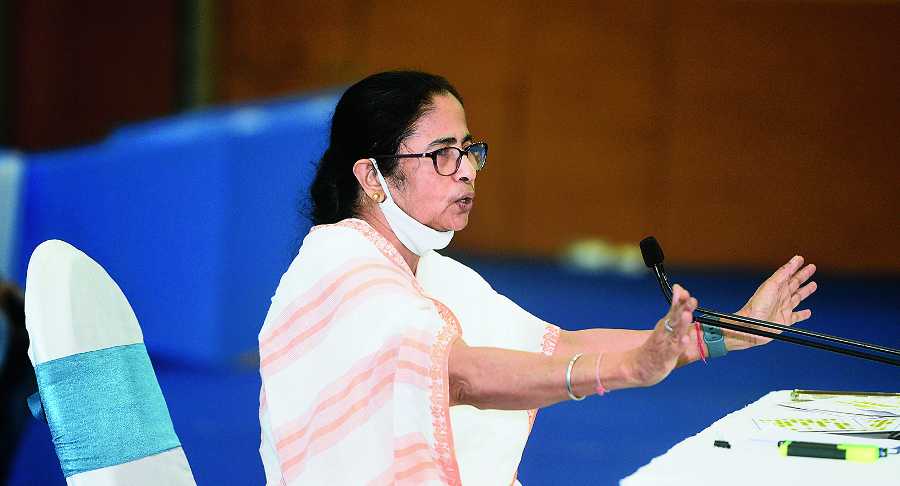 Demanding a public apology from West Bengal Chief Minister Mamata Banerjee over her remarks on the alleged rape and death of a girl at Hanskhali in Nadia district, activists of the CPM's women wing on Wednesday staged a blockade on a thoroughfare.

Party leader Kaninika Bose (Ghosh) told reporters that she and other members of 'Paschim Bango Ganotantrik Mahila Samity' wanted to stage a symbolic protest on the Rashbehari Avenue-S P Mukherjee road crossing but "the partisan police" bundled them into prison vans.

"It is regrettable that a woman chief minister can make such insensitive comments concerning a young girl who had to experience such brutal torture. She has insulted every woman of Bengal, mother of every school-going daughter by her utterances. Our demonstration at Rashbehari Avenue crossing is part of a statewide agitation against the incident."

A police officer said the demonstrators were first asked to disperse, but when the protesters refused to budge they were forced to board the prison van.

The agitators were released later in the day, he said.

Mamata had on April 11 expressed doubt over the cause of the minor girl's demise, which her family attributed to gang rape, and wondered if the Class 9 student of died after being slapped by someone. Claiming that the victim had an affair with the accused, a TMC leader's son, Mamata wondered if she was pregnant.

The girl was allegedly raped on April 4 at a birthday party at the house of a TMC panchayat official's son in Hanskhali area of Nadia district, according to a police complaint filed by her parents. She bled to death hours later, the complaint said.

Two persons, including the TMC leader's son, have been arrested thus far. The Calcutta High Court has recently ordered a CBI probe into the incident. The students' wing of the CPI(M) had on Tuesday took out a rally in the city, seeking unconditional apology from the CM for her remarks.

"Despite being a woman, the chief minister has made a crass and insensitive comment about a 14-year old girl who was subjected to brutal sexual assault leading to her death at Hanskhali in Nadia district. We demand that she offer unconditional apology in public to all women in the state," a spokesperson of the SFI had said.