The recovery rate, for the fifth consecutive day, also improved to reach 92.04 per cent, from the 91.49 of Thursday 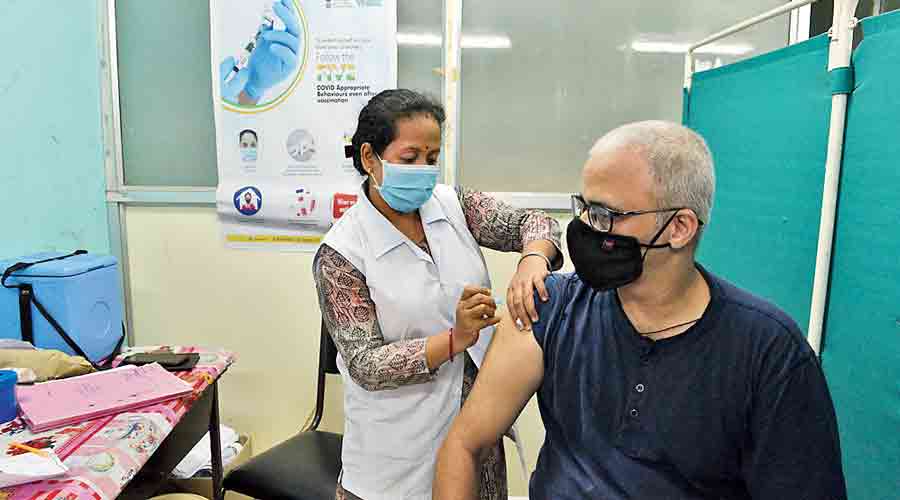 Bengal on Friday reported 9,154 new Covid-19 infections, including 1,375 from Calcutta.

This was the fifth consecutive day of such a drop in the third wave. Before Monday, the last drop in the total of active cases was registered on December 27 last year.

The positive confirmation rate —the percentage of samples testing positive for the novel coronavirus — improved to 12.58 per cent, from 16.27 of Thursday. On January 10, it had reached an all-time high for the state at 37.32. In the 11 days since, it has improved by over 66 per cent.

The recovery rate, for the fifth consecutive day, also improved to reach 92.04 per cent, from the 91.49 of Thursday. Till Sunday, it had dropped by nearly eight percentage points after December 28. The national rate is 93.5 now.

On December 28, the last day of relatively normal numbers before the escalation of the third wave in Bengal, the statewide total was 752, including 382 from Calcutta, and the total active caseload was 7,457. In the 24 days since, the state has logged over 3.17 lakh new infections, including  more than 1.03 lakh from Calcutta.