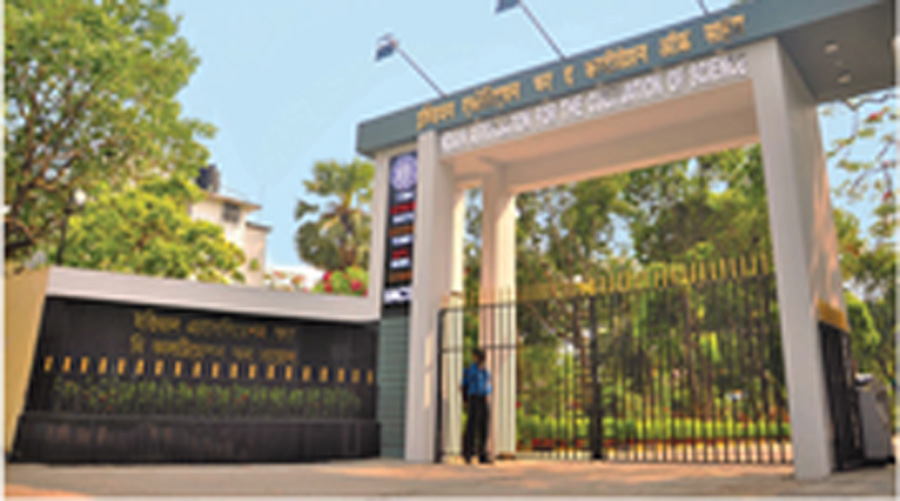 The Indian Association for the Cultivation of Science, India’s oldest science research institute where the Raman Effect was discovered, has been told that it is not doing enough to meet the Hindi language targets set by the Centre.

“It is to be noted that after reviewing the official language activities in the institute, it has been observed that the institute is not yielding the desired results in achieving the official language targets as given by the Government of India, ministry of home affairs, department of official language. We have received an adverse letter issued by DST (the department of science and technology). This is a very worrying situation,” said a circular issued by the acting registrar of the Indian Association on March 19.

The circular was sent to the director, deans, Chairs, heads of schools and some other sections at the institute.

The circular added: “It is also for your kind information that a Hindi officer has already been appointed in the institute. He may be contacted for any help regarding the implementation of the official language Hindi.”

Sections of scientists from several institutions expressed outrage at the attempt to harass one of Bengal’s most respected institutions in the name of the official language.

When The Telegraph sought a response on Tuesday, the association’s acting registrar, Purbasha Banerjee, said the March 19 circular stood superseded.

The revised circular issued on March 23 reads: “DST… conveyed inadequacy in implementing official language at IACS. Individuals are requested to make a note of the same and approach the part-time Hindi officer of the institute for any help and assistance if needed.”

A teacher at the institute wondered whether the earlier circular had indeed been superseded or merely couched in a less accusatory tone.

The Centre is known for “encouraging” the use of the official language, often drawing charges of a cultural imposition. But academics at the Indian Association for the Cultivation of Science and elsewhere said they could not recall an instance in recent memory when they had been blamed and then compelled to achieve the language targets.

Sircar was a renowned physician, a social reformer and an ardent propagator of science education and research. On July 29, 1876, the Indian Association for the Cultivation of Science was founded in a house taken on lease at the intersection of College Street and Bowbazar Street (the institute is now located in Jadavpur). Sircar was the secretary of the institute till his death.

Some of the points listed by the “superseded” March 19 circular that was shared with the heads of departments were:

⚫ 55 per cent of the total correspondence should be in Hindi.

⚫ Letters received in Hindi must be answered in Hindi.

⚫ 33 per cent of file notings must be made in Hindi.

⚫ The names of the files should be bilingual (Hindi and English). They should be written in Hindi first and then in English.

⚫ The entries in the service books should be made in Hindi as far as possible.

⚫ During official work, signatures on the files may be written in Hindi, as and when required.

⚫ At the end of every quarter, each department should arrange to provide quarterly progress reports, with seal and signature, to the Hindi cell by the fifth of the following month.

The circular added: “All are requested that the points stated above may be given special attention so that the institute can be saved from unpleasant situations at the time of official language inspection being carried out by the department of Official language, Kolkata/DST, New Delhi, in near future.”

Veteran scientist Bikash Sinha said “it is a matter of deep regret” that an institution founded by Sircar was now talking about the neglect of Hindi instead of discussing science.

“Today they are saying correspondence should be made in Hindi. Tomorrow they will issue an order asking teachers to deliver class lectures in Hindi. This may serve the purpose of those who love to impose Hindi at any cost as part of their political agenda but this will make an institute of higher learning more inward-looking and regressive as a result. An institute of higher learning cannot progress without English,” Sinha told The Telegraph.

Sinha, former director of the Saha Institute of Nuclear Physics, added that the erstwhile Left Front government of Bengal had done “permanent damage to a generation of students by promoting Bengali over English” at the primary school level. “Now by promoting Hindi over English, damage of a worse kind will be done,” said Sinha.

Calls and messages to the institute’s director, Shantanu Bhattacharya, did not elicit any response.

The institute was conceived and planned “in the backdrop of the great cultural and intellectual awakening of the nineteenth century Bengal and was desired by its founder to be an institution ‘solely native and purely national’”.

C.V. Raman initiated serious research in the IACS as a part-time worker, while carrying out his duties in the Accountant General's office in Calcutta. The Raman Effect was discovered at the institute in 1928 and led to a Nobel Prize for Raman in 1930.

The institute’s website says: “Till the early decades of this century the Association was the only place in India where higher research in Physical Sciences could be carried out. As a result, students from all over India began assembling at Calcutta to work in the creative atmosphere of the Association.”

Bidhan Chandra Roy played a key role in providing land for the new campus in Jadavpur through a Bengal government gazette notification on November 20, 1947.