Violent demonstrations by unsuccessful students were reported since Friday; around 20,000 out of 819,202 examinees did not pass HS 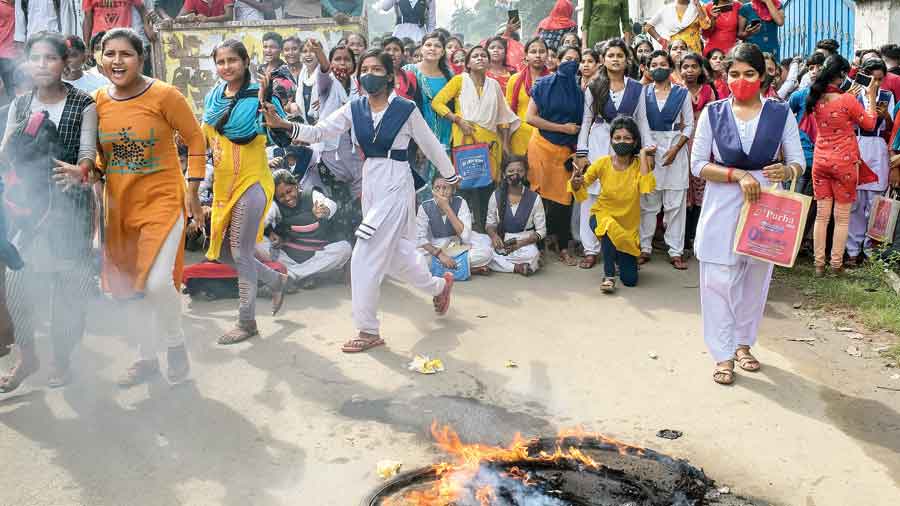 The Bengal higher secondary council on Saturday asked heads of high schools to bring to its notice issues linked to grievances of students against the higher secondary results that have triggered a backlash.

The president of the higher secondary council, Mahua Das, issued a media statement that promised to look into the complaints with “due seriousness”.

“Some papers and TV channels have carried stories about unsuccessful students expressing their grievances. Today the council discussed the issue with the heads of the institutions. The heads of the institutions are being requested to bring to the notice of the council issues pertaining to the grievances among the students. The council will look into the complaints with due seriousness, keeping in mind the future of the students,” the statement  said.

Violent protests by unsuccessful students were reported since Friday. Around 20,000 out of 819,202 examinees did not pass HS.

Das was called by chief secretary H.K. Dwivedi to Nabanna on Saturday evening. She issued the statement shortly after the meeting.  “The chief secretary wanted to know the process based on which the results were prepared and reasons behind the protests,” said a source.

Amid the pandemic, the HS exams were not held and the council relied on an aggregate system to grade students. The pass percentage was 97.69.

But the Advanced Society for Headmasters and Headmistresses called the HS grading system based on Class X and XI marks “faulty”.  The government last year promoted all students of Class XI to XII, it said.