In the past few days, hardly 200-250 samples were being tested, compared to the 1,200 mark achieved in the one-and-a-half months 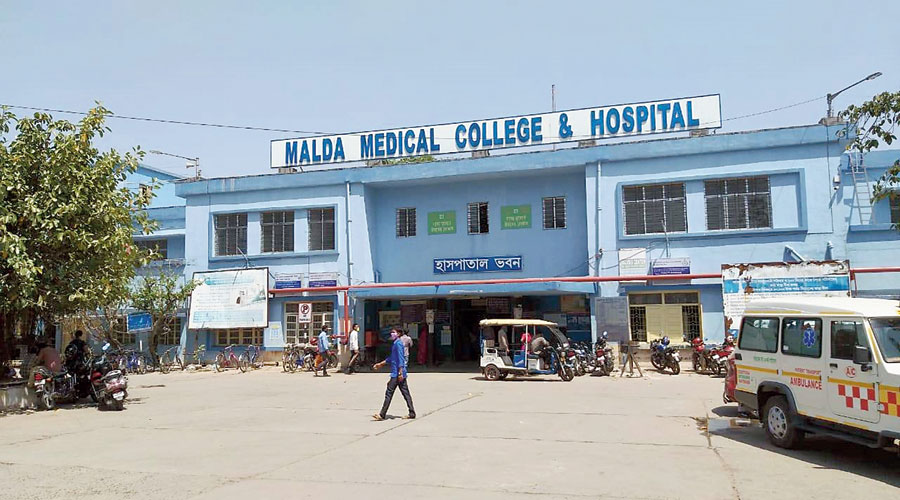 A sudden reduction in the number of tests on swab samples of suspected Covid-19 patients at the Malda Medical College & Hospital in the past one week led to questions over the efficacy of the lab that started functioning since April.

There are also question over whether adequate initiatives are being taken to collect swab samples in the district these days, particularly because the total number of Covid cases in Malda crossed the 2,000 mark.

After the lab started conducting RT-PCR tests, the daily number of tests had touched the 1,200 mark in one-and-a-half months. However, in the past few days, hardly 200-250 samples were being tested at the lab a day.

“In north Bengal, corona cases are steadily rising and most are reported from Siliguri and Malda. It is surprising that when more tests should be conducted in such a situation, the number of tests declined at the lab at the MMCH,” said a senior doctor at the MMCH.

He said the World Health Organisation had stressed the TIT theory (Test Isolate Treat) to combat the pandemic. “It seems there are some critical gaps in collection of samples which led to the situation. The district administration and the health department should take steps to ensure that maximum samples are collected and tested every day.”

Amit Dan, the vice-principal and superintendent of MMCH, conceded that the number of tests had reduced recently. “The MMCH is a testing centre and not a place for sample collection. Even then, we collect around 50 samples a day. Unless the samples reach us, we have no option to conduct tests.”

A section of residents in Malda also pointed out that there is lacuna in sample collection.

“I went to the MMCH and waited for over two-and-a-half hours but even then, my swab sample was not collected. When tests are being conducted aggressively in other places of the state, the situation appears to be completely contrasting in Malda,” said a bank employee of the town.

Another woman, who had been to the medical college and gave her swab samples, alleged that she could not get her report from the lab. “I was told that my sample had got misplaced and thus, no report was prepared,” she said.

The scene is, however, completely different at the Viral Research Diagnostic Laboratory (VRDL) in North Bengal Medical College & Hospital (NBMCH) on the outskirts of Siliguri, where testing of swab samples had started in March.

“Our laboratory is one of the youngest laboratories in the state. But in terms of the number of tests, we are top in Bengal and fifth in the country,” said Arunava Sarkar, head of the microbiology department and the principal investigator of VRDL.
So far, close to 76,000 swab samples have been tested at the lab that has been functioning since March 29, he said.

“New labs have been introduced in different districts of north Bengal but most samples still come to our lab. Now, we are only testing samples at our lab but as soon as the samples from districts will decrease, we will start concentrating on our research,” Sarkar added.