Move comes in the middle of battle against Covid-19 pandemic 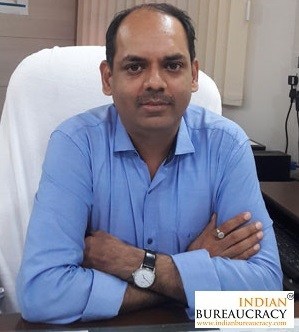 N.S. Nigam, who was holding the charge of transport department, would be replaced by Prabhat Mishra, a 1993-batch IAS officer, who was in charge of environment department.
(Picture: indianbureaucracy.com)
Pranesh Sarkar   |   Calcutta   |   Published 12.05.20, 11:01 PM

The Mamata Banerjee government on Tuesday transferred health secretary Vivek Kumar to environment department and appointed N.S. Nigam in his place amid questions on what had forced the state to bring about such a change in the middle of the battle against Covid-19.

Nigam, who was holding the charge of transport department, would be replaced by Prabhat Mishra, a 1993-batch IAS officer, who was in charge of environment department.

While Kumar is a 1990-batch IAS officer, Nigam belongs to the 1998 civil service cadre.

Many felt Kumar was transferred because he was not on the same page with the top brass at Nabanna over some issues related to the battle against Covid-19.

“Moreover, he was not sharing a smooth relationship with the top brass of the government, particularly after he had sent a letter mentioning the total number of Covid-19 positive cases to Delhi, which did not match the figure officially stated by government,” said a source.

Another section of officials said Kumar was unhappy with some activities of the health department during the pandemic and he wished to get relieved from the department.

Sources in the health department, however, said Kumar was working hard from the initial days of the Covid-19 pandemic and it was his effort to take the number of daily Covid-19 confirmation tests to about 4,000 from 400. “Besides, he fought relentlessly to issue a transparent bulletin on covid-19 updates in the state. It perhaps did not go well with many,” said a source.

A senior bureaucrat said the inter-ministerial central team that had visited south Bengal had praised Kumar’s efforts in bringing about transparency in the management of Covid-19 and his work to ensure more daily tests.

“This might have angered the top brass of the government,” said the bureaucrat.

Kumar is the third major reshuffle in the state administration during the lockdown after Manoj Agarwal had been transferred from food and supplies department and Subrata Gupta shifted from urban development and municipal affairs department.

An official explained that transfer of Kumar was unexpected because a new secretary in the health department would get no time to familiarise with the process in the midst of a pandemic.

“Any officer would require 10-12 days to get know about a new department. Nigam would face an uphill task as he has to deliver from day one,” said the official.