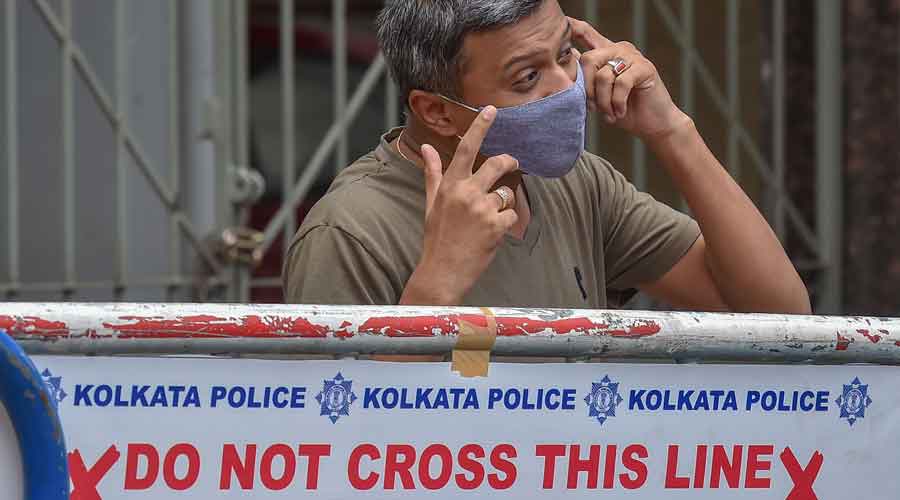 A resident speaks on the phone outside a sealed residential complex at Bhawanipore area in Calcutta on Saturday
PTI
Meghdeep Bhattacharyya   |   Calcutta   |   Published 19.07.20, 12:37 AM

Saturday’s numbers showed yet another 24-hour record jump in new Covid-19 cases with 2,198, cures with 1,286, and tests with 13,465, a day the Mamata Banerjee government held a news meet, spearheaded by chief secretary Rajiva Sinha, to assuage people’s fears.

“Please look at the progression in other states, in other countries. Nothing here is alarming…,” insisted Sinha, as the recovery rate plunged from the July 4 high of 66.72 to 58.54 per cent. The national rate is now 62.91.

Sinha said the state plans to double the daily testing from around 13,000 now in a month.

Owing to the sharp spike in new cases, the positive confirmation rate – the percentage of people found infected among those tested – deteriorated drastically since June 26, from 3.56 to 5.83 per cent.

“Death rate here was an issue earlier. Now, it is… very close to the national rate,” said Sinha.