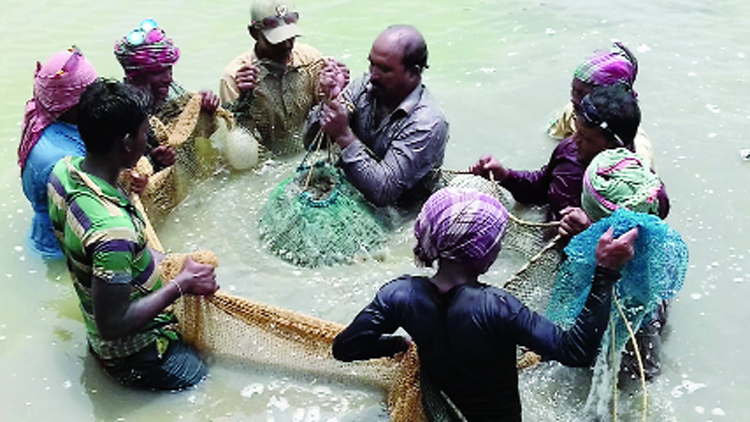 The Covid-19 outbreak in key importer China has affected nearly six lakh shrimp farmers in four Bengal districts who did not farm the produce apprehending a fall in demand in the southeast Asian market.

The whiteleg shrimp harvested in East and West Midnapore and North and South 24-Parganas is popular in several southeast Asian countries, including China. Anticipating a fall in demand in these countries because of the coronavirus pandemic and the resultant restrictions on export, around 70 per cent of the farmers chose not to farm shrimps even at the cost of financial stress.

“The fall in demand for whiteleg shrimps is going to affect nearly six lakh farmers in the state and more than 30,000 distributors,” said a Bengal fisheries department official.

“A little more than 25 per cent farmers decided to harvest shrimps, and they too are staring at huge financial losses,” the official added.

Most shrimp farmers take on lease plots measuring a few acres in muddied or brackish waters, adjacent to agricultural land, at prices of around Rs 50,000 an acre for a year.

“It costs an additional Rs 50,000 per acre to farm shrimps. We take most of this money on loan. We don’t know how we will repay the loan,” said farmer Arup Ray from North 24-Parganas’ Hansnabad.

“I had planned to farm five acres and have already invested the money I had taken on loan. But there is no demand this year. With domestic and international cargo not operating, we are in for a financial crisis,” he added.

Whiteleg shrimp is traditionally exported in large quantities to China, the US, Japan, Vietnam and the UK. The shrimps are farmed on over 40,000 acres of brackish plots in the four Bengal districts. In 2019, the districts exported over 92,000 metric tonnes of the shrimp to these countries.

“This is a high-protein commodity and has high demand in the global market. More than 90 per cent of our produce is exported,” said All Bengal Aqua Farmers’ Association secretary Madan Mondal.

“The coronavirus outbreak has taken a toll on the demand this year, and the lockdown has badly hurt transportation. Farmers are going to suffer huge losses,” Mondal added.

Alamgir Hussain from Nandigram in East Midnapore had leased more than 50 acres for farming at the beginning of the year.

“I have already invested everything. I don’t know how I am going to recover my losses. The produce will rot if not sold in 20 days,” he said.

The lockdown restrictions have also hit domestic transporters of the produce, who, though officially exempt, have scaled down operations.

“The lockdown restrictions do not apply to fishing or to the transportation of feed and produce. But unfortunately, transporters are finding it hard to operate under heavy losses and low market prices. The government will also suffer a huge loss in revenue,” said assistant director (fisheries), Surajit Bag.

In February this year, lockdown restrictions in China and other key consuming countries had similarly affected crab exports from East Midnapore. With export of crabs not likely to happen soon, the stakeholders are staring at a revenue loss of Rs 100 crore.