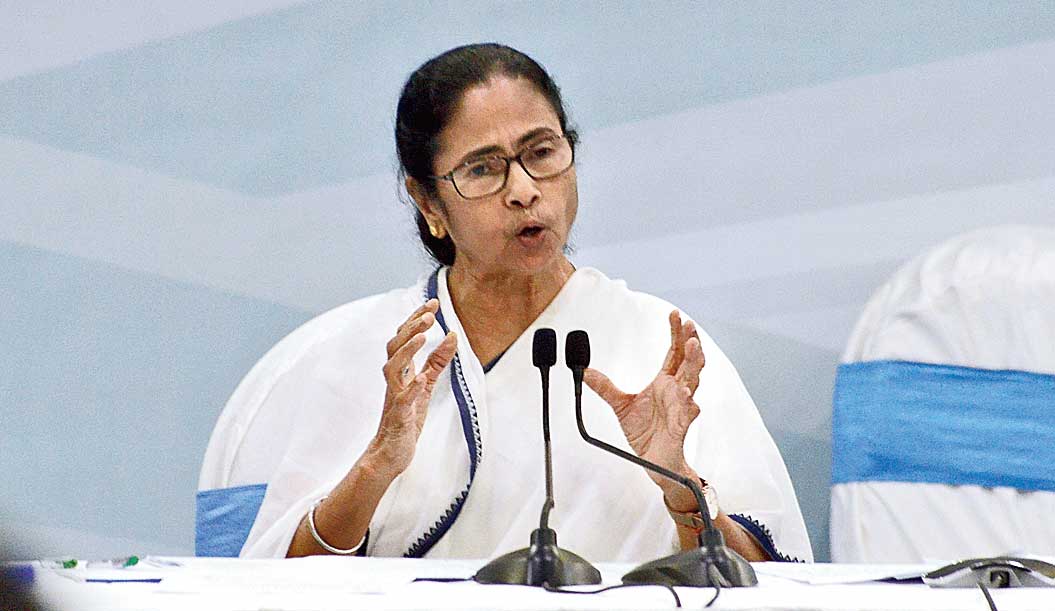 Mamata Banerjee on Tuesday warned “some” from political parties against trying to politicise Bengal’s fight against Covid19 and mislead the people over rations being given out by her government.

The chief minister said her government had been going out of its way to minimise the damage from the pandemic while keeping people’s lives as unaffected as possible during the lockdown. Yet “some” remained unable to rise above political opportunism even now, she said.

She said “one or two” political parties had allegedly been trying to mislead the people and seek credit for the distribution of free food grains for six months by her government.

“These people are telling the beneficiaries that more and more rice, more things will be given, the ‘party’ will give. Some are telling the ration dealers to hand the stuff over to them for distribution. … they are misleading the people over the rations… this will not go on,” Mamata said.

“We don’t want some to take advantage of the crisis and fill their pockets or claim undue credit. The government will do its own work, parties should do their own work for the welfare of the masses,” she added. “What the Trinamul Congress distributed by way of relief material was bought from elsewhere and given out, not taken from ration stores.”

A problem the ration dealers have been purportedly facing is the demand from leaders of various political parties for food grains to be handed over to them for distribution.

Mamata had announced free food grains to nearly eight crore people of Bengal till September in view of the lockdown’s impact on the economy. She had asked the ration shop owners to give a month’s allotment at one go instead of weekly deliveries.

“This had created some problems, as the ration dealers had collected rice based on weekly requirements. So majority of the ration shops could not give food grains to most of the card holders as advised by the chief minister. This had caused tension in some areas,” said an official in the food and supplies department.

The department, however, initiated steps to ensure that ration dealers got monthly allotments and the process was troublefree. Moreover, it had distributed coupons to the beneficiaries, allotting a specific time slot to collect their allotment while maintaining social distance.

Reacting to the chief minister’s remarks, BJP state chief Dilip Ghosh said: “Charity begins at home. What she has said applies exclusively to her own party. I am glad she broached the subject.”

In her news conference, Mamata urged the likes of Ghosh — without taking names — against political |opportunism amid the pandemic.

“This is the time for taking the disease — a new disease that has come upon us — head on, together,” she added.