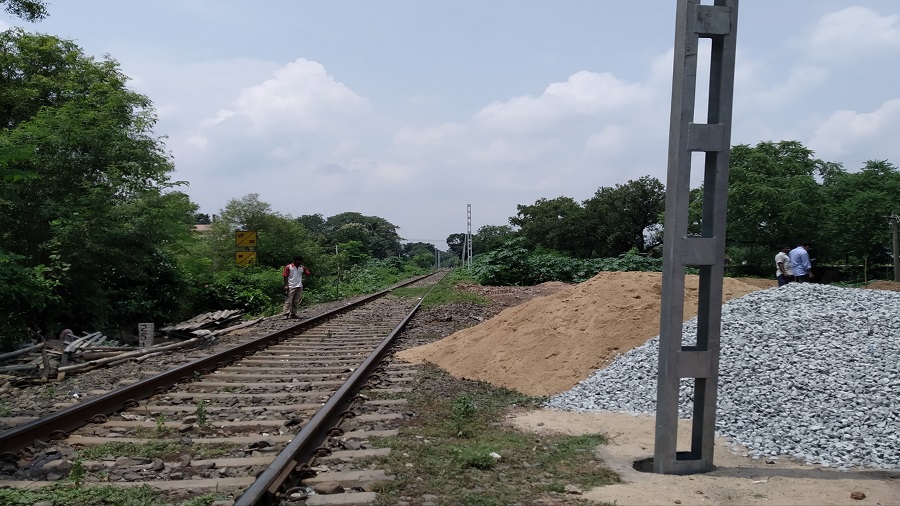 Commuters assembled at stations alleging that they have been facing hardships to reach their places of work with no availability of public transport.
File picture
Our Bureau, PTI   |   Calcutta   |   Published 24.06.21, 01:45 PM

A section of commuters blocked railway tracks at several stations in Bengal for about three hours on Thursday, demanding they be allowed to board staff special trains, amid the current Covid-19 restrictions, police said.

Demonstrations were held at Mallickpur, Baruipur, Sonarpur, Ghutiari Sharif and Diamond Harbour stations in the Sealdah South Division of the Eastern Railway.

Commuters assembled at these stations, alleging that they have been facing hardships to reach their places of work with no availability of public transport, a senior police officer said.

They started agitating at the stations when they were not allowed to board staff special trains without valid documents by the Railway Protection Force personnel, he said.

The agitators also threw stones at a vehicle of GRP at Mallickpur station in the Sealdah-Baruipur section, while hundreds of protesters refused to vacate the railway tracks at Ghutiari Sharif in the Sealdah-Canning segment, disrupting the movement of staff special trains there, the officer said.

This was the second consecutive day that the commuters held demonstrations. Close to 1,000 people, most of them daily commuters in the Sealdah South suburban section, squatted on railway tracks and platforms at Sonarpur for over four hours on Wednesday morning.

Following the requests of the Government Railway Police personnel, the blockade was lifted after about three hours in the morning, he said.

The movement of local trains has been stopped since the imposition of Covid restrictions in May to contain the spread of the disease.

Only staff special trains are running for people involved in essential services.

"We have urged the state government to allow us to run more trains with Covid-19 protocols and are ready for it," a spokesman of the Eastern Railway said.