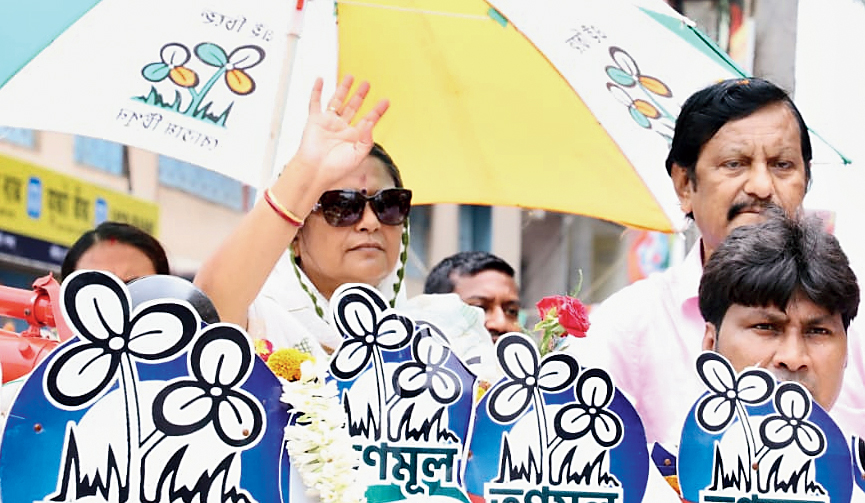 As a two-time sitting MP, what have you achieved?

I have ensured supply of filtered drinking water from Khardah for Madhyamgram, Barasat, Habra and Ashoknagar. They only had handpumps. So there was rampant arsenic poisoning through groundwater. There was no drainage and sewage system till I came. Whenever there would be a shower, utensils would be floating in Madhyamgram and Barasat homes. In Deganga, there is a 2,500-year-old hidden city called Chandraketugarh. Mamata Banerjee made me chairperson of a museum development board. In one and half years, we have built a museum there with the excavated objects. Another is coming up, aided by the state government.

Could you spend all your MPLAD funds?

Yes. In fact I had recommended more work than I had funds for. I get Rs 25 crore over five years. The projects added up to Rs 37 crore. So I was asked by the disbursing authority to cancel a few. Ninety per cent rural areas in my area — Ashoknagar, Deganga, Habra, and Rajarhat — didn’t have metalled roads. There were no lights. What you see is New Town. But real Rajarhat is the panchayat area. I got roads built with MPLAD funds. My constituency is a mini world with Silicon Valley, a convention centre and a modern city like Salt Lake on one side. Due to my effort, Barasat and Madhyamgram have also come up with modern amenities.

Initially I electrified villages with solar lights. Later when our government came there was complete rural electrification. I had even built a substation for a village. Sanitary napkin vending machines have been installed in girls’ schools. The Barasat hospital has been modernised. I have built a 12-bed ICCU and a 40-bed NICU. Infant and maternal mortality rate has come down. It even has a burn unit and a dialysis unit. It is a medical college now.

Salt Lake is getting drinking water from Palta. I have given complete CCTV coverage in my constitiuency. Law and order situation has improved. I have got an underpass built under NH 34 at the accident-prone Madhyamgram crossing with Rs 4 crore from MPLAD. I had to run a thousand times over six years to secure permission from the national highway authority headquarters. In Doltala, I built a multi-storeyed bus stand with toilet.

Only Salt Lake has some work left in street lights and roads.

What issues are you highlighting?

The Constitution is in danger. So are democracy, secularism and federalism. Business has suffered due to poor and hurried implementation of GST. Employment is lowest in 45 years. Women’s safety is compromised. Farmers lack support.

Do you see it as a BJP vs Trinamul fight?

Workers of the party that misruled for 34 years are telling people to vote for BJP. It shows the Communists are hand in glove with BJP. They have no ideology. The BJP never took part in the freedom struggle. They are an anti-national party. The hooligans they are bringing in from Bihar, UP and Gujarat do not know Bengali culture. They want to capture Bengal. They are flushing in cash every day. The Rs 1 crore booty that was caught in Asansol was headed for Barasat.

Is this your toughest fight yet?

No. I fought Buddhadeb Bhattacharjee when he was home minister.

There is no Sabyasachi Dutta by your side this time. Is that a worry?

He wasn’t there last time too. He was there in 2009 when he was a councillor. It was my mistake that I asked Mamata Banerjee to nominate him for the Assembly election. The moment he got elected he left my company and started malpractices.

Has he been sidelined?

I don’t know. Maybe he is working for our Dum Dum candidate.

How are you coping with the heat?

I am a doctor. I know how to prevent a heat stroke.

How is life at home when you are not on the campaign trail?

I wake up at 5am and exercise. At 7am, I either get ready for Parliament or see patients. We grow our own vegetables. I have cows, ducks, hens and two dogs in the house — a GSD and a Labrador. They nudge me from both sides with their nozzles if I eat without sharing with them. I starve at home because of them!