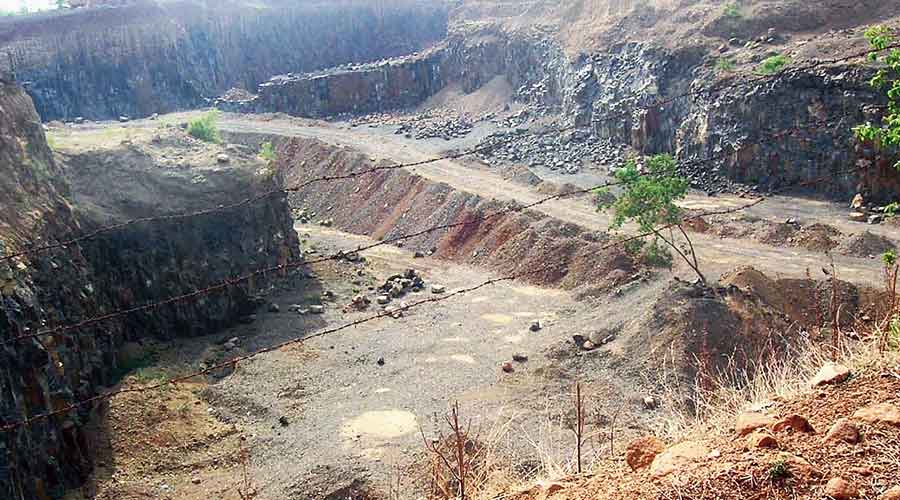 A nine-member team on behalf of tribal people protesting against the proposed Deocha-Pachami coal mine project in Birbhum met chief minister Mamata Banerjee on Wednesday at Nabanna for over an hour and explained why they were opposed to it.

“The chief minister patiently heard us out. She also explained the government’s view on the coal mine.... She has given a few proposals and asked us to consider withdrawing the protest. We assured her that all her proposals would be discussed at a meeting with all the people concerned,” said one of the members of the delegation from Birbhum Jamee, Jeebon, Jeebika O Prakriti Bachao Mahasabha that met Mamata.

Sources said that Mamata convened the meeting for a resolution to the impasse over the proposed coal mine at a time the state government is ready to welcome and showcase the opportunities of industries in Bengal at the sixth edition of Bengal Global Business Summit scheduled on April 20 and 21.

Protesters who met Mamata on Wednesday said she assured them that no land would be taken from tribal people if most are against the mine.

“The chief minister explained the project to us in a way not done by anyone in the district earlier. She clearly said she would not acquire private land if most of the villagers are against the mine. But she asked us to help to start the project on land owned by the government. We received a very warm welcome from her,” said another member who attended the meeting.

Mamata, one of the attendees said, however also warned protesters that if they did not allow the project in Deocha, she would scan the existing stone mines and crushers in the area and shut the ones operating illegally.

Sources said most families living in the project areas are dependent on the stone mines and crushing units for their livelihood. There are around 700 stone crushing units and over 70 mines in Deocha-Pachami. Many of these do run without papers, an official said.

The state government, a source said, was keen to talk to the tribal people who started an indefinite protest at the coal mine project site since February last week after police arrested seven Calcutta based activists, including leftist economist Prasenjit Bose,  and slapped on them a slew of charges after they attended a protest rally there.

The tribal protesters backed by some activists from Calcutta had formed the Mahasabha to start a movement against the coal mine project.

“The meeting could have been held at least 20 days ago if the Bogtui carnage did not take place... The government doesn’t want to show hurdles like protests against a project to be showcased at the summit. The meeting was fruitful. Now we will wait for feedback from the ground,” said a senior state government official.

The state government has already offered government jobs to over 200 land-losing families in Deocha.