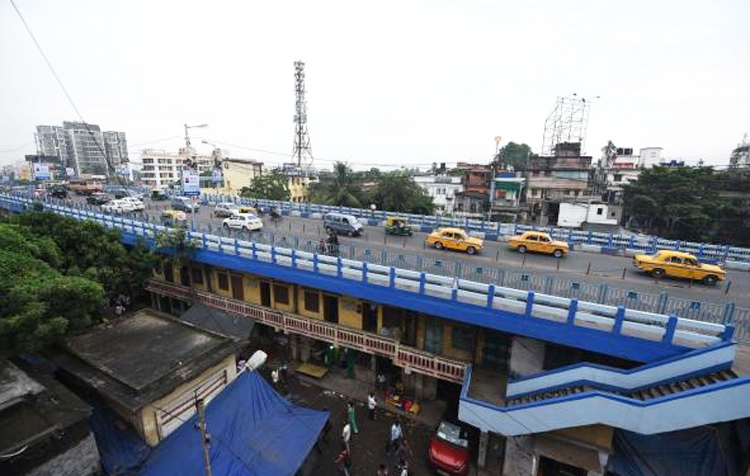 The Calcutta Metropolitan Development Authority wants Bijon Setu closed for three days at the earliest for a study of its condition.

Officials said the CMDA, the custodian of the bridge, wrote to Lalbazar on Friday asking when the structure, which links Gariahat with the Ruby connector and is one of the busiest east-west links in Calcutta, could be closed for the load test.

The letter to the traffic police department has been signed by the chief executive of the CMDA, Antara Acharya.

The test the CMDA is planning to perform will determine the weight-bearing capacity of the pillars and the deck slab of Bijon Setu.

The authorities had earlier planned to close the bridge from 10pm on September 13 to 5am on September 16 for the test. But the inspection had to be deferred because the police feared that shutting down the bridge a fortnight before Durga Puja could trigger an unmanageable traffic mess in the Gariahat area.

“We want the test to be performed at the earliest. It is for senior officers at Lalbazar to decide the dates,” a CMDA official said.

Senior officers said they would take the opinion of the Southeast and Kasba traffic guards before deciding the dates. Several officers from these two guards told Metro that schools along the Rashbehari connector and the string of hospitals on the Bypass were their immediate concern.

There is no alternative to crossing the tracks in Ballygunge to reach Ruby or Gariahat. Buses and other vehicles will have to be diverted through Park Circus No. 4 bridge or Dhakuria bridge.

“We will prefer weekends or some lean periods for the closure,” an officer said.