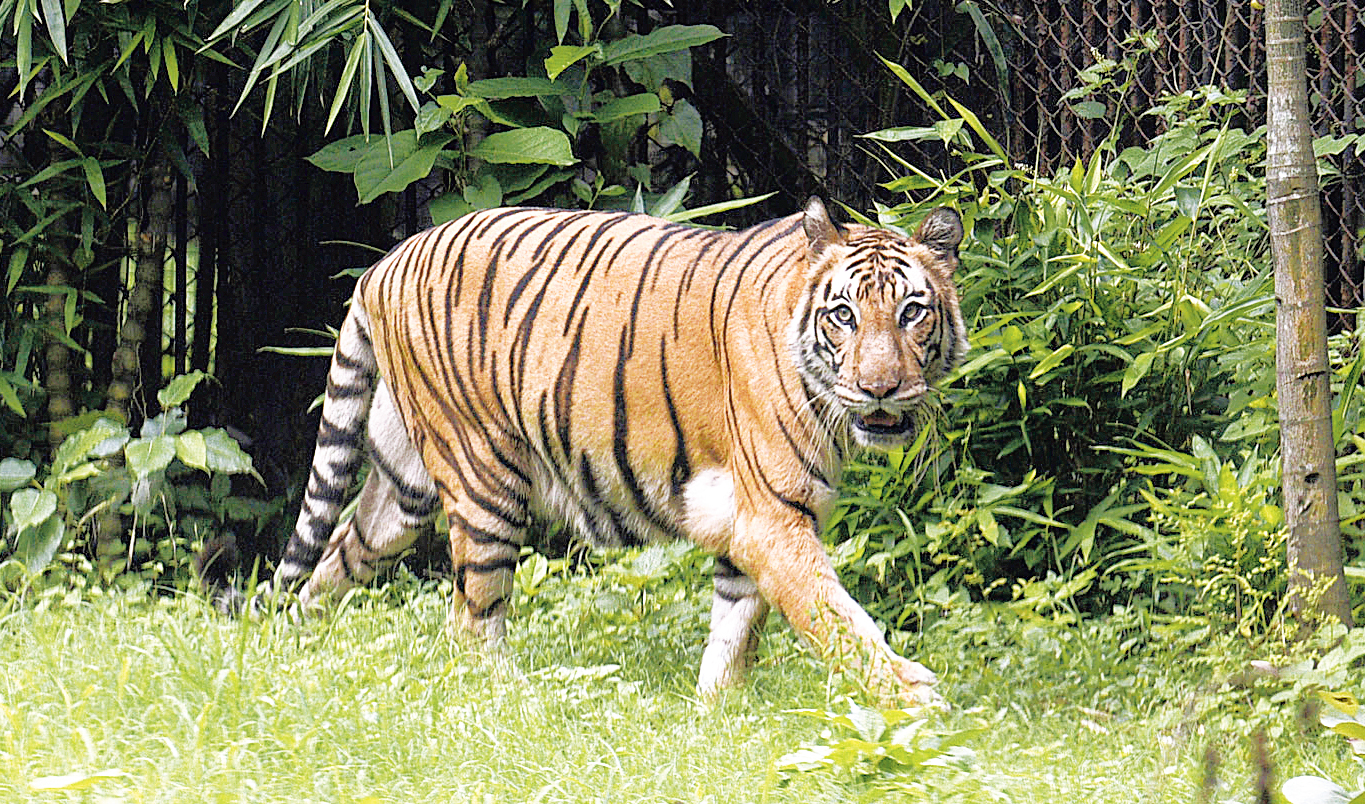 Climate change and rising sea levels may eventually wipe out the tiger population in the Sunderbans in Bangladesh, scientists have warned in a study.

The big cats are among the nearly 500,000 land species whose survival is now in question because of threats to their natural habitats, according to a report on Monday by the United Nations.

The Sunderbans are spread across 10,000sq km, a little above 4,000sq km of which is in India and the rest in Bangladesh. The marshy lands host the world’s largest mangrove forest and a rich ecosystem supporting several hundred animal species, including the endangered Bengal tiger.

But 70 per cent of the land is just a few feet above sea level, and grave changes are in store for the region, Australian and Bangladeshi researchers reported in the journal, Science of The Total Environment. Changes wrought by a warming planet will be “enough to decimate” the few hundred or so Bengal tigers remaining there.

“By 2070, there will be no suitable tiger habitats remaining in the Bangladesh Sunderbans,” the study by 10 researchers has said.

The paper, which relies on climate scenarios developed by the Intergovernmental Panel on Climate Change for its simulation models, adds to existing studies that offered similar grim predictions for wildlife in the Sunderbans.

Sharif A. Mukul, lead author of the new report on the Sunderbans, and his colleagues looked for risks to the tiger beyond sea level rise, which accounted for 5.4 per cent to 11.3 per cent of the projected habitat loss in 2050 and 2070.

Other factors related to climate change were more damaging to the Sunderbans’ tigers, one of the largest remaining population of wild tigers in the world, the researchers have found. Since the early 1900s, habitat loss, hunting and illegal trade of animal parts have decimated the global population of tigers from around 100,000 to fewer than 4,000.

The 2015 tiger census recorded a population of 106 in the Bangladeshi Sunderbans, down from 440 in 2004. The 2014 tiger census in India had pegged the number of tigers in the Indian Sunderbans at 74.

“As global temperatures rise and sea levels rise, the influx of saline water can make it harder for some plants to grow, decreasing the availability of certain food types. The Sunderbans’ spotted-deer population, a key food for the Bengal tiger, will be affected as the tree leaves on which it feeds begin to disappear. As resources become scarce, tigers are more likely to stray into human settlements in search of food, increasing the chance of tiger-human conflict,” an official of the state forest department said.

While this is true for both sides of the mangrove forest, wildlife enthusiasts said the on the Indian side, the conservation ecosystem is much more robust than in Bangladesh.

“The Bangladesh Sunderbans don’t have demarcated buffer zones. Mangrove trees are felled rampantly, resulting in massive loss of habitat,” Joydip Kundu, general secretary of SHER, an NGO working to minimise man-animal conflict in the Sunderbans, said. He credited the joint forest management committees to have instilled a sense of co-ownership in the fringe villagers.

Bikram Grewal, ornithologist, author, birdwatcher and conservationist, said there was nothing much that India or Bangladesh could do to arrest the threat. “Rising sea level is a global threat. Unless carbon emission levels go down drastically all over the world, the Sunderbans is a sitting duck. It is not only about tigers. The entire flora and fauna will be wiped out. Conservation cannot change this,” he said.

Sugata Hazra, an oceanographer at Jadavpur University, said there may be some loss of land in the Sunderbans, but his research suggested a less dramatic impact on tigers.

Prerna Singh Bindra, the author of The Vanishing: India’s Wildlife Crisis said tiger habitats would continue to shrink — either because of climate change or because of the development of industry — and that good conservation options were hard to come by. Simply moving Bengal tigers to another reserve, for instance, was not a “viable solution,” she said.