Even as the ruling party cheered the triumph, political observers pointed out the functional difficulties that Opp-less civic bodies may face over the next five years 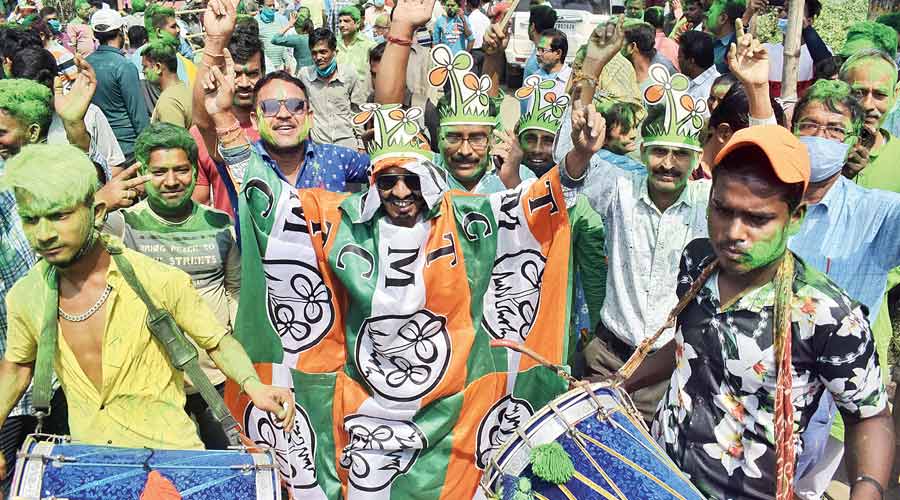 Trinamul, which won 102 of the 108 municipalities on Wednesday, secured all seats in as many as 33 municipalities in the state — an unprecedented feat in the history of Bengal.

Of the 108 civic bodies, one each has been won by the CPM  and Hamro Party and four have thrown up a  hung verdict.

However, even as the ruling party cheered the triumph, some bureaucrats and political observers pointed out the functional difficulties that Opposition-less civic bodies may face over the next five years.

“The ruling party may have won all the seats in these municipalities, but running them won't be easy,” said a senior government official, speaking on the need for Opposition councillors.

According to sources in the urban development and municipal affairs department, there is a convention that an opposition councillor is selected as the chairman of the municipal finance committee in each civic body.

Sources said as no Opposition councillors will lead the municipal finance committee, there will be no checks and balances in the civic body expenditure. “This may lead to problems like allegations of misappropriation of funds. Such allegations had left the Trinamul in real trouble ahead of the 2019 Lok Sabha polls,” said a source.

Moreover, in case a ruling party councillor is made the chairman of municipal finance committee, there is a chance of a second power group emerging within the ruling party in the civic body.

The absence of any Opposition councillor will also be felt in the monthly meeting of the board of councillors, which will affect the planning.

The one-sided election results, Opposition parties alleged, was primarily because of electoral malpractice by the ruling party with the help of the state poll panel, the local police and administration.

“Majority of these municipalities are in South and North 24-Parganas, Birbhum and Burdwan East where the ruling party carried out unprecedented rigging,” said CPM leader Sujan Chakraborty.

Trinamul leaders in East Burdwan and Birbhum denied these charges and said people voted for the ruling party in droves in the absence of any credible alternative.