Both these senior leaders, Asok Bhattacharya and Gautam Deb, also the ‘faces’ of the Left and Trinamul in the region are in the fray 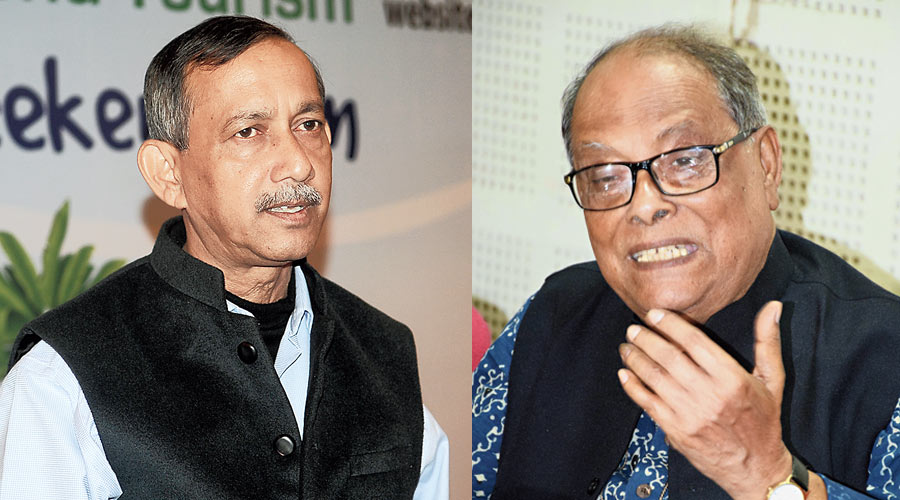 The Siliguri Municipal Corporation (SMC) elections that would be held later this month has been dubbed as a struggle for political relevance of two political stalwarts of the city — Asok Bhattacharya and Gautam Deb.

Both these senior leaders, also the “faces” of the Left and Trinamul in the region are in the fray.

While Asok is contesting from ward 6, from where he had won back in 2015 and eventually elected as mayor, Deb has been fielded from ward 33, an SMC ward located in Jalpaiguri district.

Of the 47 wards of the SMC, 33 wards are within Darjeeling district and the rest 14 wards are under Jalpaiguri district.

“I have been in politics for 46 years...  Throughout my career, I have contested in various elections, ranging from students’ union, to civic body to the Assembly. During this journey, I have faced electoral defeat only once (at the Assembly elections last year). Every election is crucial to me, as the peoples’ mandate is always important to me,” Deb said.

Last year, he lost to Shankar Ghosh, the BJP candidate in Dabgram-Fulbari Assembly seat, the same seat from where he had won twice. The ward from where he is contesting at the civic polls falls under this constituency.

Party insiders pointed out that despite Deb’s Assembly poll defeat, Mamata Banerjee banked on him and made him the chair of the board of administrators of the civic body.

Asok, a former state minister, also has pressure on him. After he lost to Ghosh in the Siliguri Assembly seat last year, he announced that he will no longer contest polls. However, the party and the Left Front as a whole could not find a better face than him. That is why he was asked to contest in the upcoming polls. The veteran CPM leader with a political career spanning over 45 years said: “I have been nominated by the party and I am following the decision. But yes, I feel happy to see that our party workers are enthusiastically engaged in political activities ahead of the polls. This will bring us good results.”