Training in fighting fire, floods and ways to recycle water 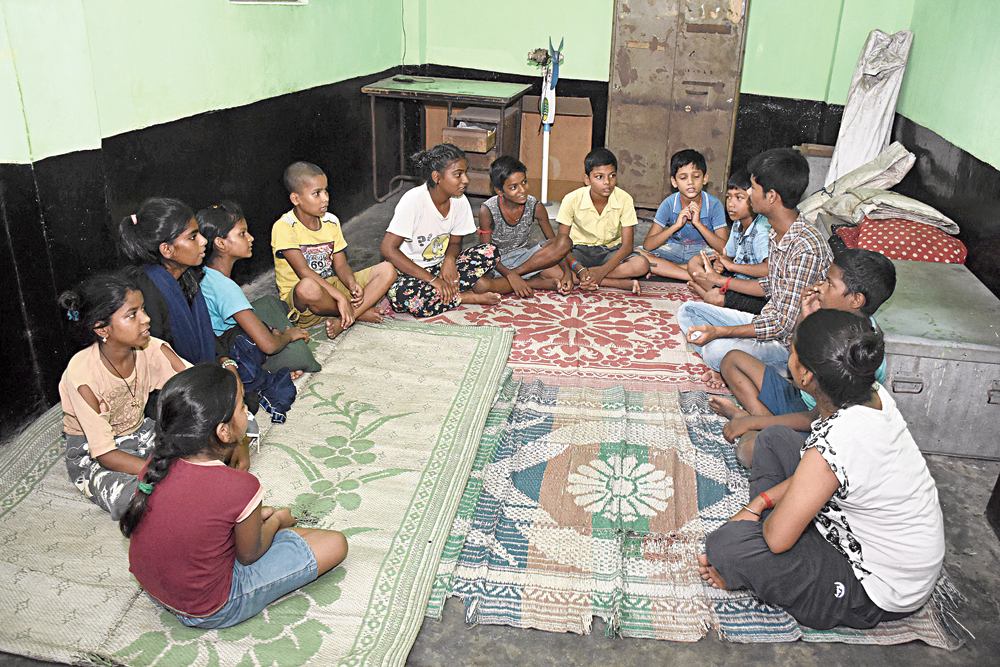 Thirty slum children in Tiljala are using rainwater to do their washing in the monsoon, reusing laundry water in toilets and encouraging others in the neighbourhood to save water.

The children, all first-generation learners, are aware of the water crisis in Chennai and are training other schoolchildren and families to avert a similar situation. They are also teaching their peers how to cope with other urban disasters such as fire, a common phenomenon in the congested neighbourhood.

They are not the only ones. Children of Ward 65 and around 15 government-aided schools from wards 59 and 65 have joined hands to stop wastage of water. They also conduct regular drills at nearby schools to teach kids how to respond to fire, floods and other calamities.

Children from parts of Tiljala have been mapping various hazards they are likely to encounter on their way to school from home and work towards a solution as part of an Urban Risk Reduction and Resilience Programme undertaken by NGOs Save the Children and Reach India Trust.

“Water crisis has always been a problem here. We would get water twice a day for two hours and there would be a lot of tussle over it. But a lot of water was wasted as well. The water pipes would overflow at times and a lot would be thrown away during washing,” said Kunal Das, 18, a first-year BCom student.

Kunal, along with other child leaders of the area — Resham Kumari, 13, and Lucy Kumari, 15 — got the local councillor to attach taps to the water pipes last year.

“Water is at least not being wasted now. We are also trying to maintain these taps. Most households are also recycling water for different chores. We go on home visits to check on wastage,” Lucy said.

The children visit four government-aided schools in the area to train students on combating other hazards as well.

“Fire is a danger that our homes are prone to. Open electric meter boards, non-existent gaps between houses and reckless use of combustible material leads to frequent fires in the slums. After the drills, most homes are stocking up on sand. Most kids also know the emergency numbers and basic safety measures. During the monsoon, we also know how to store our food properly at a height in case our homes are flooded,” Kunal added.

Gautam Shaw, whose school in Ward 65 has formed a safety committee to educate students, saves rainwater in a container. “I know drain water needs to be cleaned immediately to prevent health hazards,” said the Class III boy.

Discussions are held regularly with the children in schools and at community centres on how to handle disasters.

More than 10,000 children are being educated under the programme, which also aims to encourage communication between children and the civic authorities. “After we spoke to our local councillor, many open drains have been covered,” Reshma said.

Chittapriyo Sadhu, the general manager-state programme (West Bengal and Assam) of Save the Children, said this programme gives communities a chance to share responsibilities with the authorities. “Globally, we are witnessing a rapid rise in urban population and growing hazards associated with their survival. Along with government initiatives, communities need to share responsibilities. Hence we want communities to participate in local governance systems,” he said.