The new construction will be 180 metres long and 16 metres wide, almost like the existing one, a source said 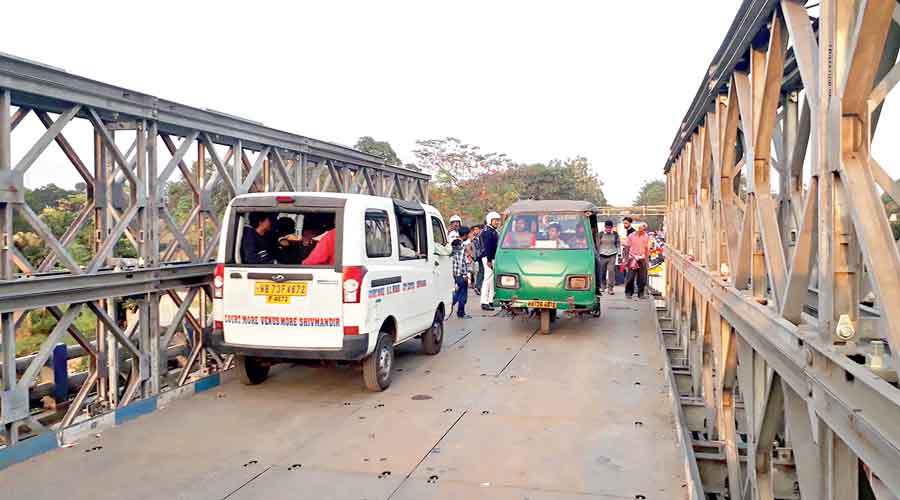 The Union ministry of road transport and highways has sanctioned a proposal for an alternative bridge over Balason river along NH 31 but is yet to elaborate on the funds required for the project.

“We have information that the central government has recently approved the proposal of a second bridge over Balason River. The proposed bridge will be built on the southwest of the existing bridge over the river,” said a source in the state PWD.

The new bridge will be 180 metres long and 16 metres wide, almost like the existing one, the source said. However, there is no clarity on funds yet.

“We have sent a detailed project report for the second bridge to the Centre but have no clear information as to whether funds have been sanctioned for the project. Usually, if the fund is allocated, it takes around a couple of months to finish the tender process,” the source added.

In October last year, the existing bridge over Balason, which flows through Matigara block on northwest end of Siliguri, had got damaged as one of its pillars bent and a stretch of its concrete plank subsided under the impact of the rain-fed river.

Traffic along the bridge halted for weeks till a Bailey bridge was installed over the damaged part.
From December 3 last year, only light vehicles are allowed. Hence, buses, trucks and other heavy vehicles have to move through the Asian Highway II that connects the southern end of Siliguri.

This prompted the state PWD to approach the Centre for the construction of a new bridge parallel to the existing one so that vehicular movement can resume through the route in a full-fledged manner.

Last year, the Union ministry of road transport and highways had sanctioned Rs 1,200 crore for a four-lane elevated corridor along the NH31, which connects Darjeeling More with Salugara, on the eastern side of Balason bridge.

“This is because the Asian Highway II connects the right bank of Balason but the left bank till Salugara, the NH31 is a two-lane road, and despite being the principal entry point to Siliguri, is extremely congested. However, there is no information about the additional fund needed for the construction of the new bridge,” said a civil engineer based in the city.