Gurusaday Museum in Joka has a priceless collection of 3,300 exhibits of folk art and craft 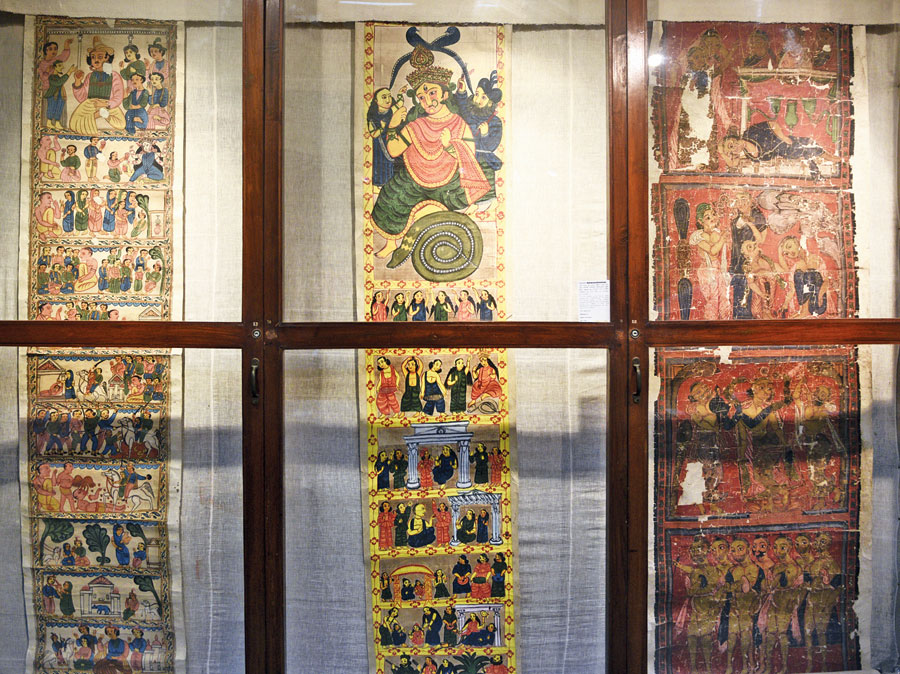 The central government, which withdrew its grant to Gurusaday Museum in 2017, has proposed to take over the museum’s artefacts and shift them to the Indian Museum.

Gurusaday Museum in Joka has a priceless collection of 3,300 exhibits of folk art and craft, including an impressive collection of kantha artworks, some of them heirlooms collected from undivided Bengal.

Raghvendra Singh, chief executive officer (CEO), development of museums and cultural spaces, in the ministry of culture, said the staff at the museum, which according to him was located in a “far-off place, were not adequately trained.

“I have met the people of Gurusaday Museum and I have also visited the museum in Joka. It is situated in a very far-off place where no one visits. The staff there also needs training. I have proposed to the people of Gurusaday Museum that the central government could take over the collection of the museum and keep it in the Indian Museum. They did not seem averse to the idea. We will meet them further on this,” Singh said on a recent visit to Calcutta.

The curator of Gurusaday Museum, Bijay Kumar Mandal, however, told Metro he was not aware of such a proposal. “We have not been told of this proposal. It is true that Raghvendra Singh visited the museum. He had promised that he would look into the matter of reviving the central grant and would prepare a report on the same but we heard nothing from him since then,” he said.

Mandal said the museum would oppose any move to take the collection away from the Joka house.

The artefacts at the museum are all part of the personal collection of Gurusaday Dutt, ICS, between 1929 and 1939, that he procured during his stint as the head of the district administration (magistrate/collector) of various districts of undivided Bengal.

The collection is housed in a building in Joka that came up on a five bigha plot of land donated by Dutt himself.

“This is Gurusaday Dutt’s collection that he had kept in the Bratachari gram. How can the collection be taken away from its appropriate surroundings? Besides, we do have foreigners, scholars and students coming in to see and study the collection,” Mandal said. He added that the government should try and raise awareness about museums and encourage people to visit them.

“We all know that the Indian Museum and the Victoria Memorial receive a huge number of visitors. But does that mean all other museums should shut down?” he asked.

Bengal Bratachari Society member Kamaleshwar Chatterjee, too, opposed Singh’s proposal. “I have met Singh when he was culture secretary. How can he propose taking away the collection from Gurusaday Museum? Who says our staff is not trained? Our curator has a PhD in museology.”

But the funds-starved museum has been unable to pay salaries to the staff for several months.

Malavika Banerjee, who took the initiative of starting online crowdfunding to save Gurusaday Museum, said: “It’s good that Mr Singh has examined issues that can be improved. Distance in itself is not a problem, we just need the display to be attractive. For example, Eco Park is far from the heart of the city and yet people flock there. We would look forward to Mr Singh’s enlightened guidance to show the staff how to curate and display the collection better. His passion for curation and textiles both resonate with the museum.”

The museum was opened in 1961 and in 1984 and an agreement between the President of India and the Bengal Bratachari Society (founded by Dutt) was signed, whereby the government was to give all financial requirements to maintain the Museum.

In 2017, the government wrote to the museum saying it was unable to support it and stopped the grant. Since then the museum has been trying to raise funds through crowd funding, through projects from the backward classes welfare department and the directorate of micro, small and medium enterprises.

Each of the items at the museum is unique. Apart from kantha, the museum has a huge collection of patachitras, sweet moulds, puppets and a myriad other artefacts that reflect the vibrant rural life and present a colourful narrative of social traditions, religious beliefs, practices and motifs, aesthetic assimilation and cultural influences of undivided Bengal.