Nine persons, including seven women and a child, were killed in the carnage, which followed the killing of TMC leader Bhadu Sheikh on March 21 evening 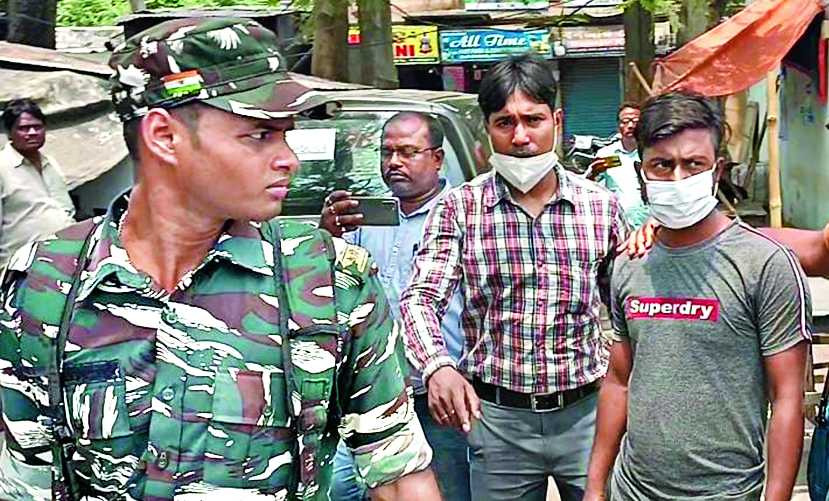 The CBI on Thursday arrested Riton Sheikh, a toto driver who had allegedly taken plastic jars full of petrol on his vehicle to Bogtui in Birbhum district on the night of carnage on March 21.

Sheikh was produced in a court in Rampurhat and sent to CBI custody for three days.

“After interrogating the arrested persons in this case and taking statements of workers at a local petrol pump, it was revealed that Riton had purchased petrol from there and we suspect the fuel was used in arson on March 21 night,” said a CBI source.

“We would interrogate him to know the details of his activities,” the source added.

Nine persons, including seven women and a child, were killed in the carnage, which followed the killing of Trinamul deputy chief of Barshal gram panchayat Bhadu Sheikh on March 21 evening.

Sheikh was the sixth person to be arrested by the central agency since it took over the case on March 26 following an order by Calcutta High Court.

Earlier, 21 people, including Trinamul president of Rampurhat 1 block Anarul Hossain, had been arrested by police. The eyewitnesses to the carnage had claimed that two Totos had been used to carry petrol in plastic containers and the fuel was used to set several houses on fire.

The Telegraph had on March 30 reported the account of a teenager who recalled how the goons had brought jars full of petrol on the two totos and emptied them inside a grocery store, where 10 people, including he, had taken shelter, before setting it on fire.

The police seized the bodies of seven persons from the house of Sona Sheikh that were charred beyond recognition. The CBI has been looking for two persons who carried the fuel in a planned manner to Bogtui to use in the arson.

“If the inputs we have about Riton are confirmed, then we would want to know who gave him the assignment to carry the fuel,” said a CBI officer.

CBI officers had also talked to the owner of the petrol pump from where Riton had purchased petrol in jars.

A group of CBI officials visited the office of the traffic department of Rampurhat on Thursday evening in a bid to collect CCTV footage of several roads connecting Bogtui village on March 21.

Sources said the traffic department official had said they didn’t have the CCTV footage anymore as the storage capacity in the hard disc was not enough.

On Thursday, Bangla Sanskriti Mancha, a social organisation, organised a march with at least two thousand people in Rampurhat to denounce the politicisation of the incident.

“There are few thousand people who live in Bogtui and only a few dozen are goons. But the village became infamous for the goons as leaders of several political parties painted the entire village with the same brush... We want to give pens in the hands of those carrying arms,” said Samirul Islam, president of Bangla Sanskriti Mancha.

Mihilal Sheikh and a few others from the victims’ family had joined the rally on Thursday.