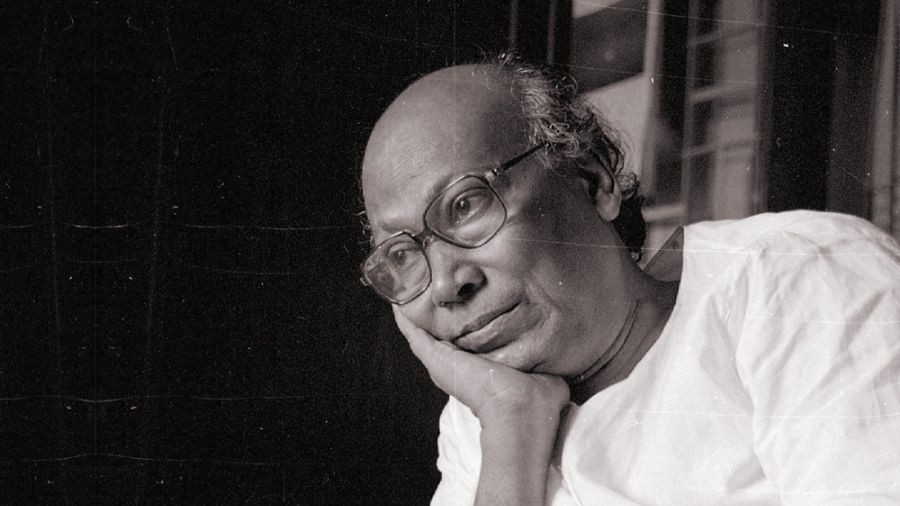 Noted Bengali poet Shankha Ghosh passed away on Wednesday morning while he was in isolation at his residence after testing positive for Covid-19, his family said.

He was in home isolation on the advice of doctors, according to Health Department sources.

Ghosh, who suffered from several comorbidities, was hospitalised a few months ago due to deterioration of his health condition.

Considered to be having authority on Rabindranath Tagore, Ghosh is known for 'Adim Lata - Gulmomay' and 'Murkha Baro Samajik Nay', among other books.

Ghosh, known for being vocal on various social and political issues, was awarded the Padma Bhushan in 2011 and conferred the prestigious Jnanpith Award in 2016.

He received the Sahitya Akademi Award in 1977 for his book 'Babarer Prarthana'.

His works have been translated into several languages, including English and Hindi.

Ghosh is survived by his daughters Semanti and Srabanti, and wife Pratima.

Prime Minister Narendra Modi on Wednesday condoled the demise of  Shankha Ghosh and said he will be remembered for his contributions to Bengali and Indian literature.

"Shri Shankha Ghosh will be remembered for his contributions to Bengali and Indian literature. His works were widely read and admired," Modi tweeted.

"Saddened by his demise. Condolences to his family and friends. Om Shanti," he said.

Litterature Subodh Sarkar said Covid-19 snatched away Ghosh when he was needed the most as "the state was faced with the threat of fascism".

"He was soft-spoken but his pen was razor-sharp, always speaking against intolerance. He used to be a participant in all conventions and movements for free and liberal thinking," Sarkar said.

Ghosh was born on February 6, 1932, at Chandpur in present-day Bangladesh.