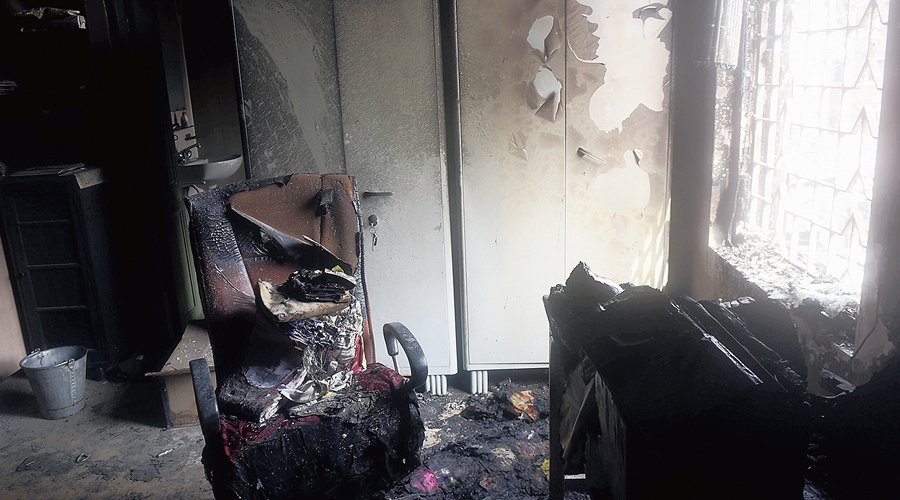 A number of rare manuscripts and religious texts that would be used to cross-check information before it was printed in the Udbodhan magazine have been damaged by Wednesday’s fire in Bagbazar, monks of the Ramakrishna Math and Ramakrishna Mission said.

These books were kept on the first and the second floor of the Udbodhan building, in Bagbazar’s Udbodhan Lane, from where the order’s mouthpiece Ubodhan is published.

“We are yet to assess the number of manuscripts that have been damaged by the fire,” said Swami Suvirananda, the general secretary of the Math and Mission. “It was a devastating fire and our hearts go out to those who have been severely affected.”

Senior monks at the Udbodhan building said the damaged manuscripts and books played a key role in bringing out the magazine, the first copy of which was released on January 14, 1899, a year after the Udbodhan office was set up.

The printing press was set up in a house in Ramchandra Maitra Lane in north Calcutta.

“Some of these books were rare copies of old manuscripts on the Vedas and are no more in circulation,” said Swami Nityamuktananda of Udbodhan. “We would fall back on them to cross-check any information before an article would get printed in the magazine. The room of the magazine’s editor has been damaged, too.”

More than 100 shanties next to the Udbodhan building were gutted in a fire that triggered serial explosions, probably from LPG cylinders, on Wednesday evening. The leaping flames, which reached the Udbodhan building’s second floor, damaged several windows and wooden furniture, apart from the rare manuscripts and books.

“That includes about 40 wooden windows fitted with glasses, seven air conditioning units, 25 chairs and tables, electrical cables and a generator.” 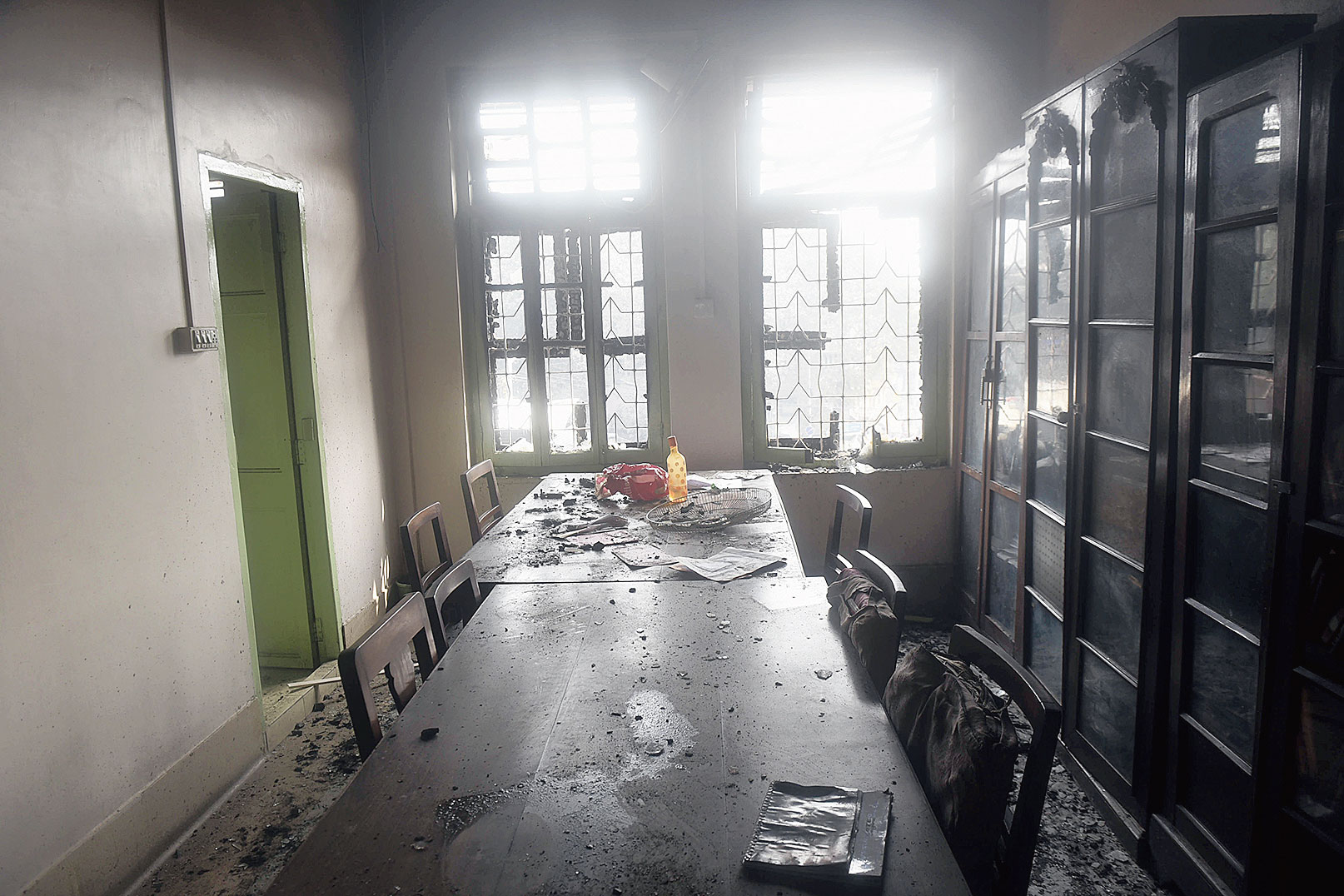 Rooms damaged in the fire at the Udbodhan building. 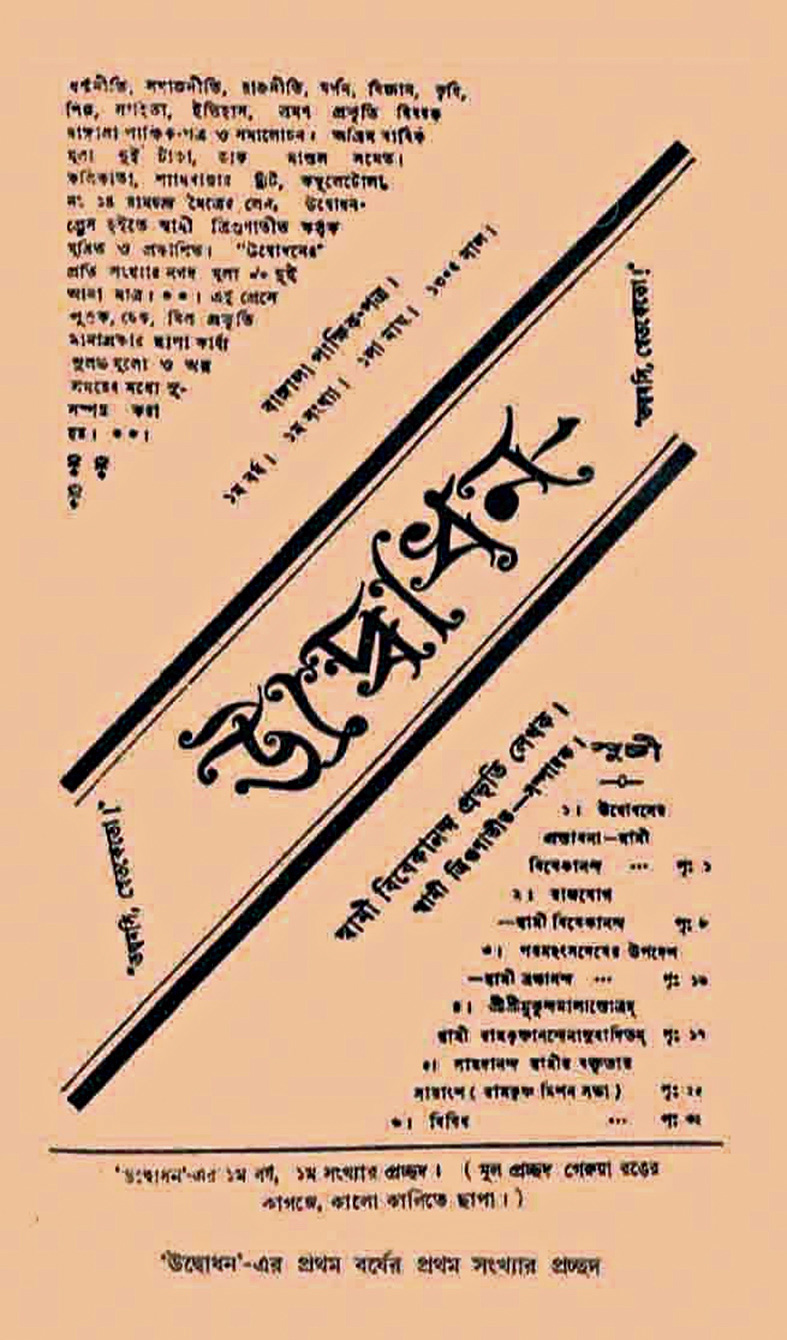 The cover of the first issue of Udbodhan, released in 1899

Udbodhan, the only Bengali periodical of the Ramakrishna Math and Mission, was started by Swami Vivekananda. Over the years, it grew into a publishing house and has been one of the leading publishers of literature on Sri Ramakrishna and his disciples.

Udbodhan the magazine has close to one lakh subscribers. Senior monks said distribution of copies would not be hit because of the fire.

With electric lines yet to be restored, monks at the Udbodhan building rummaged through the debris on the first and second floors throughout Thursday trying to figure out the extent of damage.

While making an assessment, senior monks at Belur Math, the headquarters of Ramakrishna Math and Mission, realised that there was an immediate need to throw a security ring around Mother’s House and the Udbodhan building following the fire.

Accordingly, the Math authorities approached senior officials of the state government and subsequently, a 20-member police team under an assistant commissioner was deployed around the two premises.

“We are extremely grateful to chief minister Mamata Banerjee and to the state government for extending cooperation of all sorts to us within a short time,” Swami Suvirananda said.