All quiet at Jorasanko Thakurbari

No songs to celebrate poet's birth anniversary this year 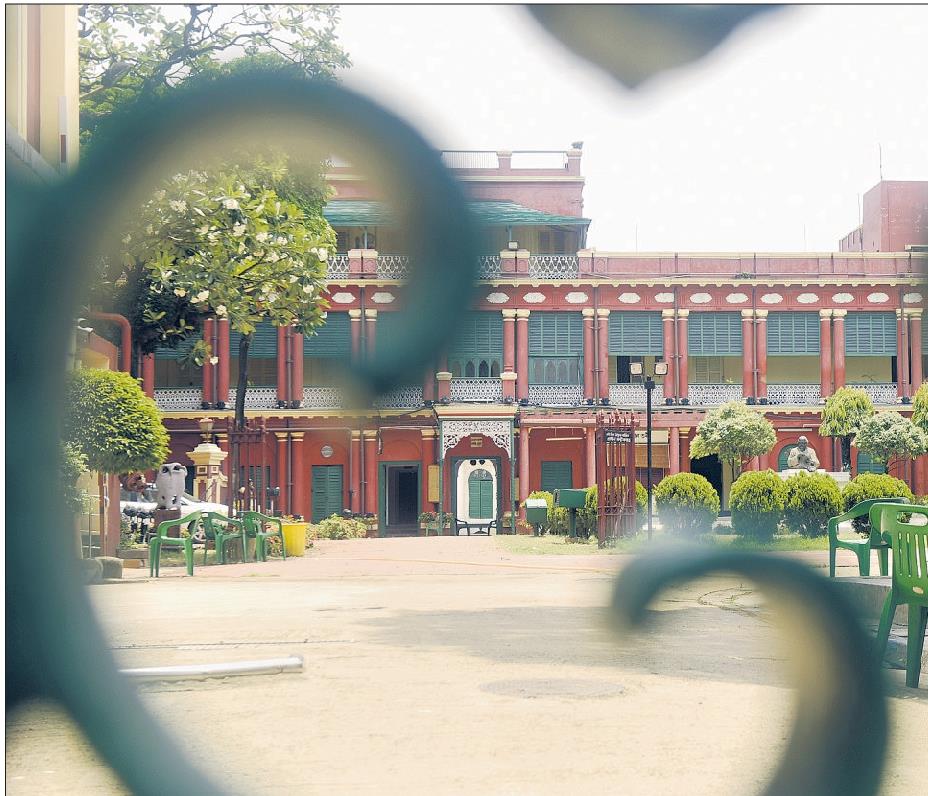 A deserted Jorasanko Thakurbari on Thursday, on the eve of Rabindranath Tagore's birth anniversary
Bishwarup Dutta.
The Telegraph   |   Published 08.05.20, 05:37 AM

A deserted Jorasanko Thakurbari on Thursday, on the eve of Rabindranath Tagore's birth anniversary. There won't be the usual singing of Tagore songs at Jorasanko on the poet's birth anniversary on Friday. Hundreds of people gather on this day every year at the house, where Tagore was born in 1861, to hum along during a live concert. The Rabindra Jayanti programme is held in three shifts, starting at 6am. This year, one or two officials of Rabindra Bharati University will garland the poet's bust at Jorasanko. In Santiniketan, the celebrations will be conducted mostly online. Residents, along with citizens of Bangladesh and other countries, will celebrate on an online radio platform.

For the past 15 days, Lokayato Santiniketan has been broadcasting programmes for an hour daily starting at 6.30pm. 'We will celebrate Tagore's birth anniversary on the online platform and we are happy that friends from Bangladesh, England and the US will join in,' educationist and Santiniketan resident Manisha Banerjee said. Visva-Bharati will hold a short programme while following social distancing norms. 'Only a few people, including the vice-chancellor, will offer floral tribute to the chair of Tagore and two songs will be sung at Chhatimtala with 20 people in attendance at each place,' a university official said.