Inking the living bridge between Bengal and the UK 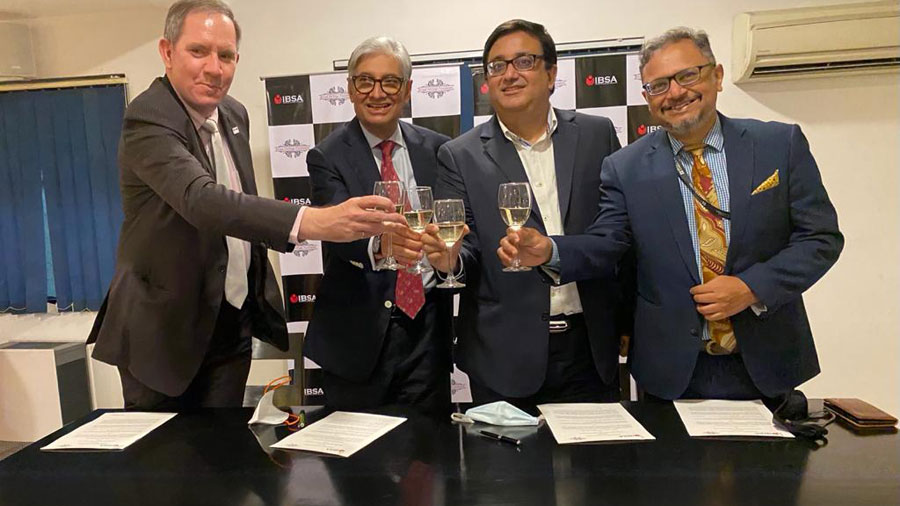 A new partnership was forged on March 5, when the Indo-British Scholars’ Association (IBSA) and the Bengal Heritage Foundation (BHF) signed a memorandum of understanding to collaborate on education, sports, culture and arts.

The MoU, which was signed at the British Club by Rajive Kaul, president of IBSA, and Sourav Niyogi, president of BHF, will look at expanding the collaboration between the two organisations, through programmes and webinars in the cultural engagement space, to other areas by engaging with UK alumni and the Bengali and Indian diaspora community in the UK.

“Bengal Heritage Foundation is committed to be a ‘living bridge’ between the UK and Bengal. Our year-long activities reflect the human connections we build across the UK and Bengal. We are delighted to join hands together with an amazing group of alumni from UK universities. This will further strengthen the connection and build upon the many years of shared heritage,” said Niyogi.

BHF, a non-profit organisation, started as a heritage project of London Sharad Utsav to showcase “Patachitra” in the UK. The success of the project led to the formation of the Foundation, which works to preserve and promote the heritage of Bengal in the UK through cultural, educational, industrial, sporting and tourism avenues -- from the restoration of the tomb of Dwarakanath Tagore at Kensal Green Cemetery, to the restoration and maintenance of terracotta temples in West Bengal, spearheading the Fagun Fest to the annual Probashi Pronaam programme and more.

Niyogi thanked Reetasri Ghosh, head of programmes at IBSA, for envisioning the collaboration and driving the agreement. IBSA is the Kolkata Chapter of Association of British Scholars (ABS), a national forum and a division of the British Council in India. It is an association of corporates with connections to Britain, and individuals who have studied or worked in Britain.

‘This MoU reinforces our strong commitment towards deepening IBSA’s engagement with an outstanding organisation whose members have their roots from Bengal and India. Our joint vision of working together in areas of mutual interest such as education, culture, the arts and sport will greatly benefit both our membership.” said Kaul.

Nick Low, the British Deputy High Commissioner in Calcutta, said that the two organisations were at the heart of the Living Bridge between the United Kingdom, India and West Bengal. “I’m delighted by the signing of this Memorandum of Understanding which brings together the energy, creativity and vitality of our Bengali diaspora in the UK and our large and growing network of alumni of British Universities in West Bengal and beyond. I know they will do great things together,” he elaborated.

As part of the MoU the two parties will jointly organise a BHF–IBSA cricket match, a cultural evening for the elders and a get-together to celebrate Christmas and the festive season when the BFH members visit Kolkata in the months of December and January. Similarly, programmes would be organised in the UK during the summer months when many IBSA members visit the country. The two organisations will also continue to collaborate on Agomoni, a virtual celebration heralding Durga Puja that was started in October 2020.

Debanjan Chakrabarti, Director, British Council, East and Northeast India, was delighted with the partnership of a prominent UK alumni body in Kolkata and one of the most significant Indian diaspora institutions in the UK. “This partnership will join the dots across education, culture and community cohesion in remarkable ways, strengthening the India-UK story in a substantial way,” said Chakrabarti, adding that the partnership happened at a significant moment, when the number of Indian students in the UK are at a record high, with a 42 per cent increase in student visas issued this year compared to the last. “As a UK university alumnus, I have lived this experience  of  how  the  Indian  diaspora  networks  help  newly  arrived  students  and  help them  settle  in,” said Chakrabarti.