Administrator who inspired students to step out and serve community 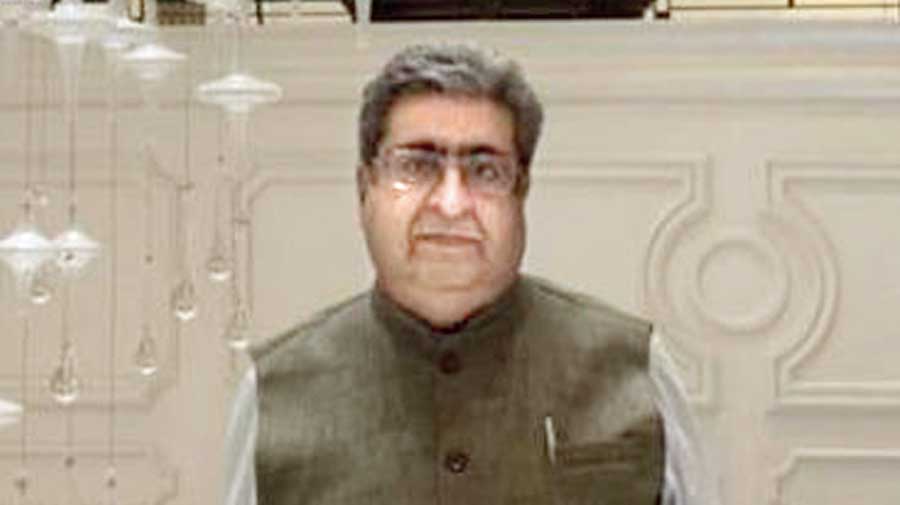 A school head who inspired hundreds of students over the years to work for the community around the campus and beyond died on Tuesday morning.

Perminder Dasani, the administrator of Chowringhee High School, was 54. He is survived by his wife and two daughters.

Dasani, who had tested positive for Covid, was admitted to hospital on December 27.

His hard work and stellar role played by his students led to Chowringhee High School being often described as “a small school with a big heart”.

Dasani took charge of the school in Chowringhee Lane, off Sudder Street, in 1990.

He encouraged his students to step outside their comfort zones and establish a connect with society. Inspired by him, students of Chowringhee High School have been feeding the poor
in the neighbourhood every Saturday for the past 20 years. Former students of the school raised more than Rs 5 lakh to provide ration to 1,200 families during the lockdown, in the neighbourhood and beyond.

Current students of the school helped Dasani pack the dry ration and accompanied him to various neighbourhoods in and around the city.

Dasani’s social work did not start with the pandemic. He had arranged for cervical cancer vaccination for girls, most of whom live in the New Market slum. In August last year, he had started self-defence classes for girls in the locality.

In September, amid a blood crisis in the city, Dasani organised a blood donation camp at the school. A part of the blood that was donated was for children with thalassaemia.

The other projects which he started and involved students include building a public toilet on Sudder Street and adopting a village in South 24-Parganas.

Under his leadership, Chowringhee High School has won the award for social service at The Telegraph School Awards for Excellence six times. This year the school was the joint winner in the same category.

“Perminder Dasani’s death is a huge loss for the city with a heart. Calcutta is a city with a soul; it is because of people like him that the city has acquired this reputation. He did his social work in a quiet and meaningful way, touching the lives of the marginalised, irrespective of caste, creed or religion,” said Barry O’Brien, educationist and Dasani’s friend.

“He was truly secular and whether it was Durga Puja, Id, Diwali or Christmas, he would celebrate every festival by reaching out in a special way to various sections of society.”

Even a few days before his death, Dasani had initiated blanket distribution for street dwellers on Christmas Eve.