Police said no one was hurt but the shanties were gutted 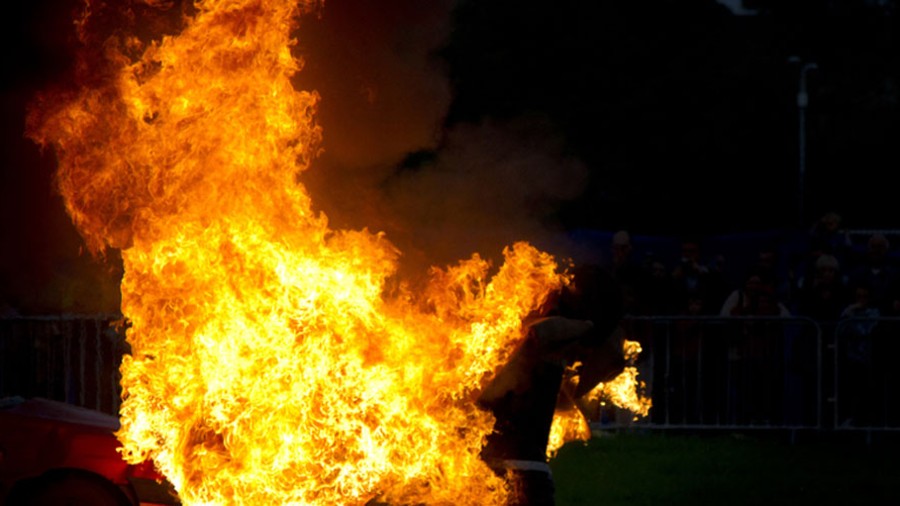 Around 12 families were left homeless after a garage next to their homes on Gurusaday Road caught fire early on Tuesday. Police said no one was hurt but the shanties were gutted.

Four fire tenders were pressed into action amid allegations of delay. People in the neighbourhood alleged that had the fire engines reached the spot earlier, some of the shanties could have been saved.

Fire department officials, however, claimed they had not wasted any time after receiving the alert about the fire.

Around 5.45am on Tuesday, thick smoke was spotted emanating from a garage at 9 Gurusaday Road. Before anyone could react, the garage was engulfed in flames and the fire had spread to adjoining shanties. The blaze was put out around 8am.

“Some inflammable articles inside the garage could have fed the fire. Luckily, no one was inside,” said an officer of Karaya police station.

A forensic team will visit the spot to collect samples.

A few days ago, a blaze in Bagbazar in north Calcutta had gutted 100 shanties next to the Udbodhan building and left hundreds of people homeless.

Entally: An elderly woman travelling in an autorickshaw died after she fell off the vehicle following a collision between the auto and a bus.

The accident happened on DC Dey Road, near Palmer Bazar, around 7.20am on Tuesday. Police said Lakshmi Dolui, 71, was taken to the NRS Medical College and Hospital, where she was declared dead.