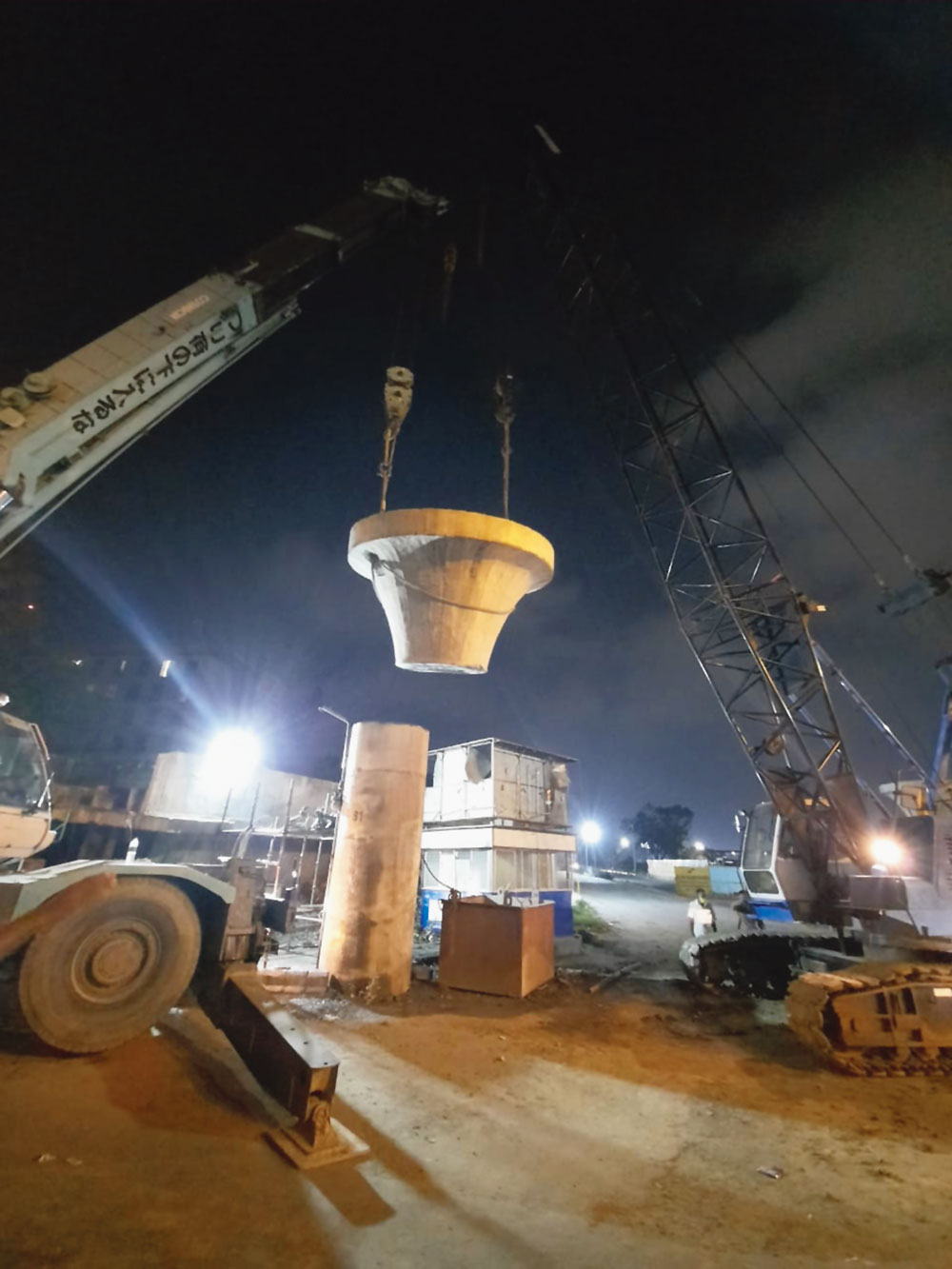 The dismantling was done by vibration-free diamond wire sawing. Diamond studded cutter belt is used to cut both the concrete and reinforcement of the pier in one go.
Telegraph picture
The Telegraph   |   Calcutta   |   Published 13.06.20, 09:51 PM

Two cranes bring down one of the 104 piers of the rail tracks between Calcutta airport and Dum Dum Cantonment on Friday night to remove encroachments on the Noapara-Airport Metro project route.

The circular rail tracks have been lying unused for four years and the elevated portion is being dismantled because lack of upkeep has made the structure dangerous, Metro spokesperson Indrani Banerjee said.

The pier dismantled was near the intersection of the VIP Road and the main entry road to the airport.

The dismantling was done by vibration-free diamond wire sawing. Diamond studded cutter belt is used to cut both the concrete and reinforcement of the pier in one go.

“The work resumed after the lockdown was eased and we are maintaining social distancing between workers,” said an official.

The circular rail link became functional around 2002, with the Eastern Railway running a few suburban trains till Airport station.

But the trains had few takers, prompting the authorities to stop the services on September 30, 2016.

A traffic constable posted with the Sealdah traffic guard died on Saturday after testing positive for Covid-19.

He was admitted to Calcutta Medical College and Hospital. “He was affected with Covid-19 and was at the forefront of our fight against coronavirus,” Calcutta police tweeted on Saturday evening.