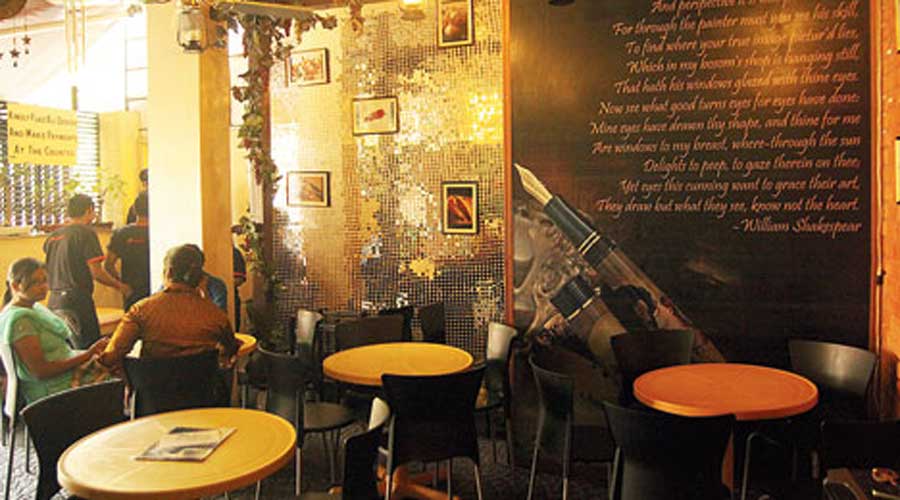 All restaurateurs welcomed the eight-hour window, saying it would give a much-needed fillip to the industry, which is bleeding because of the bar on diners.
File photo
Debraj Mitra   |   Calcutta   |   Published 15.06.21, 03:08 AM

Dine-in, which had stopped because of the Covid-19 curbs, is set to resume across restaurants from lunch on Wednesday.

“Restaurants and bars including in hotels and shopping malls may remain open during 12 noon to 8pm with 50 per cent seating capacity,” said the notification issued by Nabanna on Monday.

All restaurateurs The Telegraph spoke to welcomed the eight-hour window, saying it would give a much-needed fillip to the industry, which is bleeding because of the bar on diners.

Online orders and takeaways roughly make up only a third of the business, they said.

“The prolonged shutdown for diners was hurting us badly. I was still paying a partial salary to my employees but another month’s closure (for diners) would have cast a shadow on that as well,” said the owner of a restaurant in south Calcutta.

Chief minister Mamata Banerjee had on June 3 spoken about the possibility of a 5pm-8pm window for eateries. But a notification was never issued.

The owners of many eateries had been sceptical about the three-hour window.

“The 5pm-8pm is a dull period for us. Before the new curbs, lunch rush ended around 4pm and dinner rush started around 8pm. The noon-to-8pm window will let us cater to the lunch crowd in its entirety,” said Nitin Kothari, the owner of Peter Cat and Mocambo.

If the government went ahead with the 5pm-8pm window, Kothari said he would have opened only Mocambo for diners since it had a larger kitchen.

“Diners would have had the option of ordering from the Peter Cat menu as well at Mocambo. But there was no point in going ahead with the establishment costs for two places for a slot which was least likely to be financially viable,” said Kothari.

The Calcutta chapter of the National Restaurant Association of India had written a couple of letters to the state’s chief secretary, requesting for a noon-to-evening window.

“We will anyway have to invest in transportation of our employees and other Covid-19 protocols. But investment for a three-hour window that usually sees little footfall does not make sense. The noon-to-8pm window is a much more viable slot,” said Sagar Daryani, the head of NRAI’s Calcutta chapter and the co-founder and CEO of Wow! Momo.

Suresh Poddar, the president of the Hotel and Restaurant Association of Eastern India, echoed Daryani.

“This move will save the livelihood of thousands of people dependent on the industry,” said Poddar, who had sought some relaxations for the sector from the chief minister during her interaction with representatives of business chambers and trade bodies on June 3.

The owners of multiple bars and restaurants said the proposed 5pm-8pm window would have done more harm than good because it would have jeopardised their rent negotiations.

Hefty rent is one of the major components of the fixed cost of restaurateurs. Some of them have been able to wriggle out some concessions from the landlords, citing a crippled income over the past few months.

“The moment we open, even for three hours, my landlord will ask for full rent. I cannot pay the full rent without some revenue,” said the owner of a bar-cum-restaurant in Salt Lake.

Some restaurant owners, however, sought clarity on how diners would come to the restaurants. The Monday notification prohibited movement of private cars and cabs “except to and from hospitals, nursing homes, diagnostic centres, clinics, terminal points, airports, media houses etc”.

More than one police officer said the resumption of dine-in would be interpreted as a go-ahead to people to drive to a restaurant.

Restaurant owners said they would arrange for transportation of their staff. The “50 per cent cap” is also a familiar terrain for them, having operated with half the seating capacity for months last year.

“We will focus on employees who live near the restaurants. We are looking forward with hope,” said Shiladitya Chaudhury, the owner of Oudh 1590.