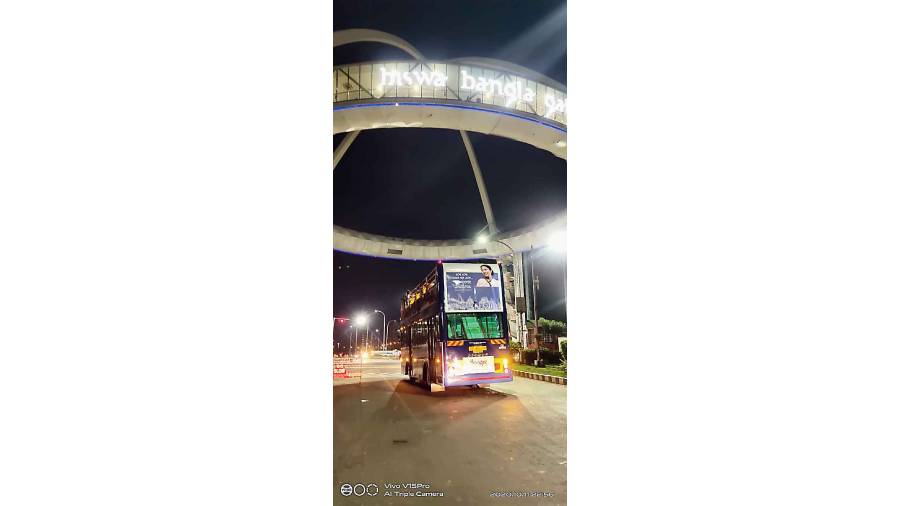 One might soon get to take a tour of New Town in an open-air double decker bus. Hidco has approached the tourism department with a proposal to run one of its two buses in the township.

“The route is being worked out. We will prepare a tourist circuit, starting from Biswa Bangla Gate. It will do the rounds of Coffee House, Eco Park and Mother’s Wax Museum and get back to Biswa Bangla Gate, where passengers might stop for lunch if they so wish. The department has agreed in principle,” said Hidco chairman Debashis Sen.

A trial run has been conducted and another round of meeting took place on Wednesday.

Ticketing will be handled by the tourism department. Sen said he had suggested sale of tickets on the bus also, so that people can board the bus along the way, much like the hop-on-hop-off buses in London and Paris.

Launched in October, the buses now do a guided heritage tour of central Calcutta, with tickets costing Rs 2,500 for the nine seats on the open-air upper deck and Rs 1,250 for the eight seats on the lower deck. The bus is running at 50 per cent seating capacity due to Covid-19 restrictions.