It was originally scheduled from January 27 to February 7 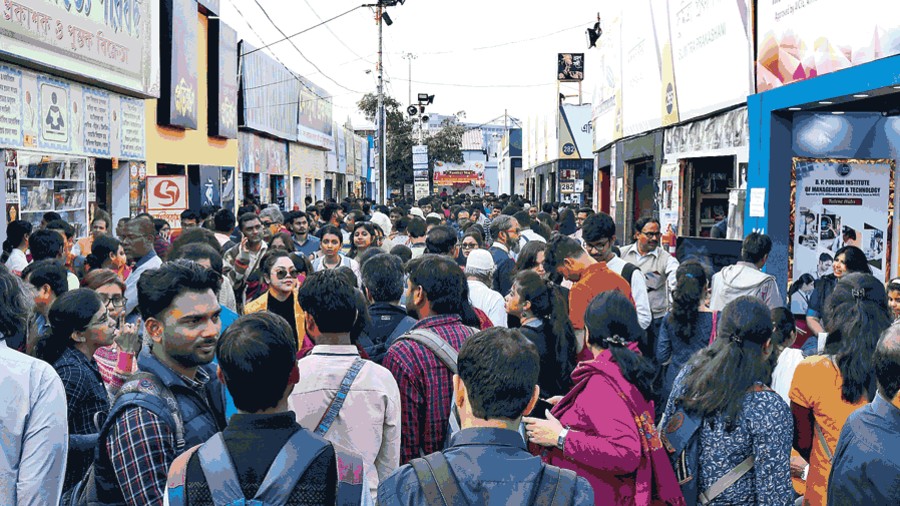 The 45th edition of the International Calcutta Book Fair will be held in July at Central Park in Salt Lake, the Publishers and Booksellers Guild said on Thursday.

The dates are still being worked out, officials said. The fair was originally scheduled from January 27 to February 7.

“Considering the upcoming Assembly elections and the board exams, we have decided to hold the book fair in July. We hope international flights will resume by then and we will be able to get participants from across the globe like every year,” said Sudhangshu Sekhar Dey, the general secretary of the guild, which organises the annual event.

The scheduled date for the arrival of the monsoon in Calcutta is June 10 and July is the city’s wettest month.

“We have discussed this among ourselves. Just like all Covid-19 protocols will be followed, all necessary measures will be taken to ensure book lovers don’t face any problem in rain,” said Tridib Kumar Chatterjee, the president of the guild. “We will firm up our plan within a month or two.”

Since 2021 is the birth centenary of Bangabandhu Sheikh Mujibur Rahman and also the 50th year of the independence of Bangladesh, the theme country for this year’s fair is Bangladesh.

“This is the 50th year of bilateral relations between Bangladesh and India, apart from the golden jubilee year of our independence. We are very happy to know that Bangladesh has been chosen as the theme country for this year’s fair,” said Toufique Hasan, the deputy high commissioner of Bangladesh.