The saffron party leaders believe Roy would vote for Jawhar Sircar, nominated by the Trinamul Congress 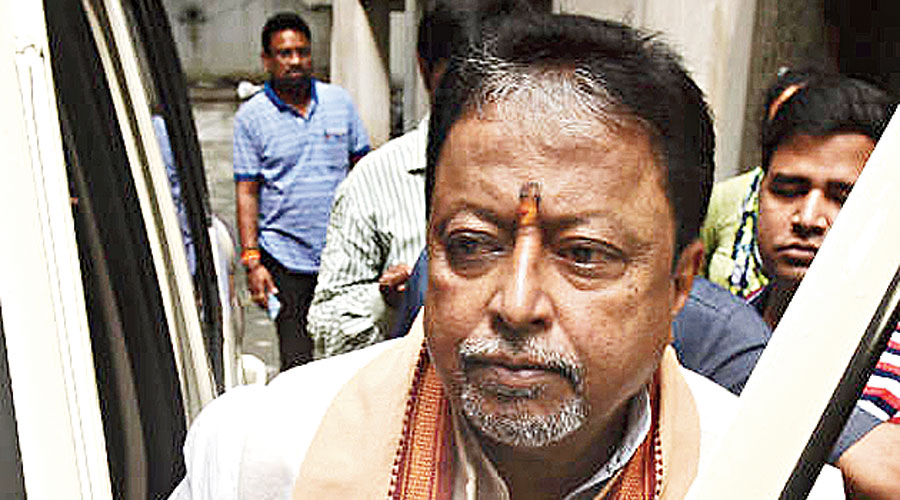 The Bengal BJP will field a candidate for the Rajya Sabha seat — vacated by Dinesh Trivedi — for which election will be held on August 9, senior leaders said on Saturday, though state party president Dilip Ghosh refrained from a formal announcement.

Though the BJP doesn’t have the numbers to win the seat, party sources said that it plans to nominate a candidate to sharpen its attack on Mukul Roy, the Trinamul leader who joined the BJP in 2017 and became the party’s national vice-president and MLA before returning to his old party last month. Technically, however, he is still a BJP MLA.

Legislators cast open ballots to elect a member to the Rajya Sabha. The BJP leaders believe Roy would vote for Jawhar Sircar, nominated by Trinamul.

“As an MLA has to show his ballot to the authorised agent of the party, it will be established beyond doubt that Mukulda has defected to Trinamul... It will strengthen our anti-defection case,” said a BJP source.

When asked whether BJP would nominate someone for the Rajya Sabha polls, the party's state unit president Dilip Ghosh said: "We are yet to talk about it in the party. We shall announce (the plan) after we have decided."

The state BJP leaders are desperate to get Roy's legislatorship cancelled since his defection. The BJP's Nandigram MLA and Bengal's leader of the Opposition in the Assembly, Suvendu Adhikari, who is also a Trinamul turncoat, has said he will move court against Roy if needed.

The conflict was aggravated after Roy was nominated as the chairman of the Public Accounts Committee of Bengal Assembly, a post which is generally awarded to a member of the Opposition.

Defending Roy's nomination, chief minister Mamata Banerjee had then said he is "a member of the BJP".

"According to the rules, six of 20 PAC members are nominated by the Opposition. Mukul Roy's name was not there in the list we had submitted with the Speaker. Yet, the CM had said that he is our party member," a BJP state functionary said. "Now when Mukulda votes in favour of the Trinamul candidate in the Rajya Sabha elections, it will prove which side he is on," this source added.

Sources in the Assembly, however, said that if Roy wishes to steer clear of the controversy, he may abstain from casting his vote altogether.