Preamble read out in churches 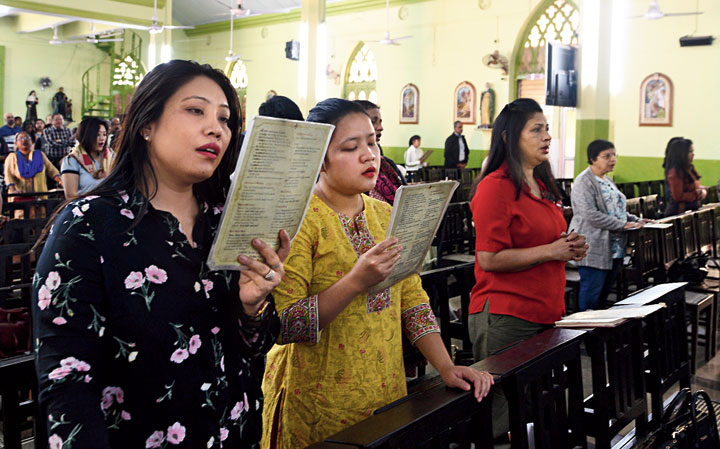 The Preamble to the Constitution was read out in several churches across Calcutta on Republic Day after the services.

Many priests felt this was the need of the hour “because in the present situation, understanding, upholding and being aware of the Constitution is more important than ever”.

The congregation in the 65 parishes of the Roman Catholic Archdiocese of Calcutta as well as several churches of the Calcutta Diocese of the Church of North India read out the Preamble after the Sunday mass.

“The plan was to read out the Preamble in the churches after the Sunday mass ended. The congregation responded swiftly,” Father Dominic Gomes, chancellor and vicar general of the Roman Catholic Archdiocese of Calcutta, said.

At the Church of Christ The King in Park Circus, Father Basil Mundi read the Preamble and the congregation repeated after him. A screen in the prayer zone displayed the Preamble. “The Preamble was read out after each of the services throughout Sunday,” he said.

“The reading of the Preamble was new this time. The love of Christ, the quality and inclusivity preached by Christ mirror the pledge penned in the Preamble,” Ritesh Sarkar, bursar and assistant secretary of the La Martiniere Schools, said. He had gone to the Union Chapel Church of the Calcutta Diocese of the Church of North India.