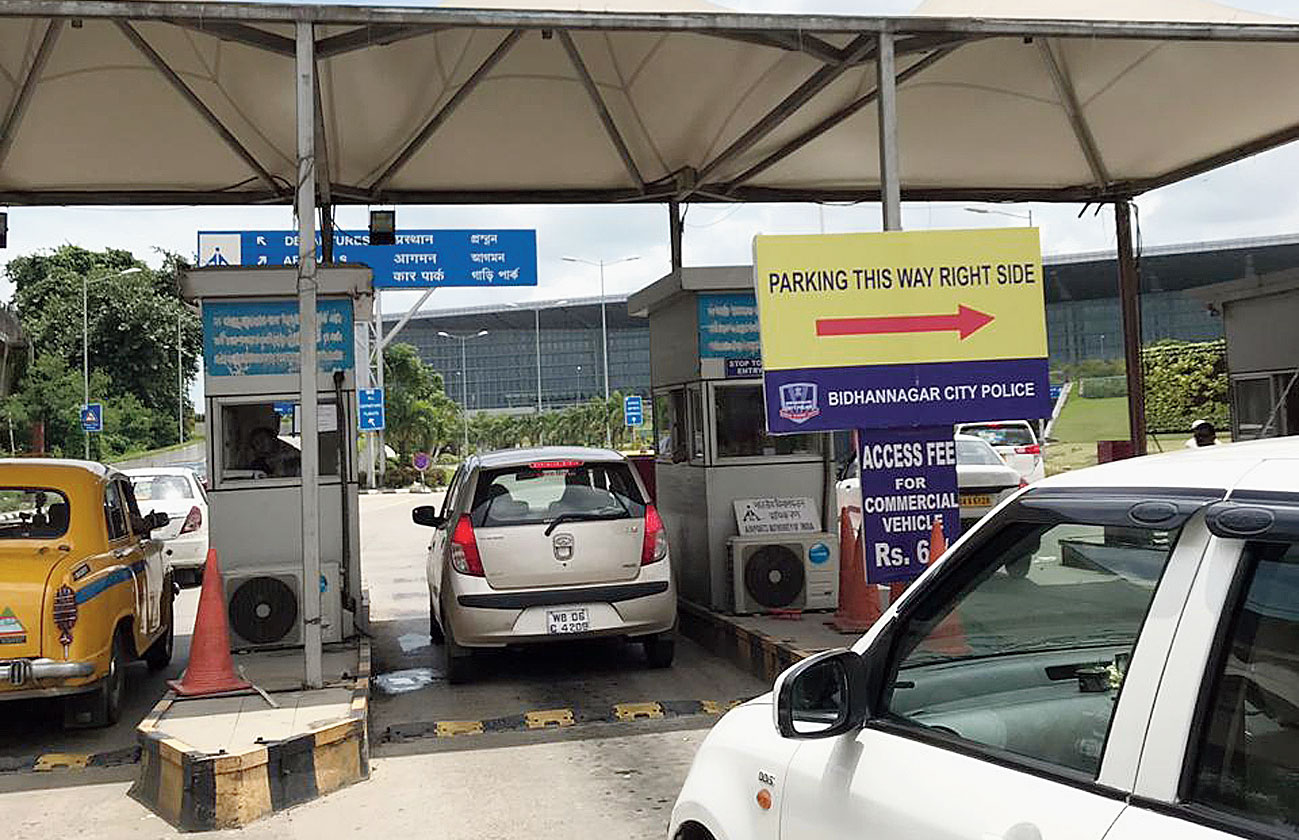 The semblance of what is normal in airports everywhere but missing in Calcutta came after a two-day tussle with a Trinamul-backed union that wanted only its own people in the new team.

Sources said the Airports Authority of India sought help from the chief minister’s office after the union leaders refused to allow personnel the contractor had got from north India to join work on the ground that they were taking away local jobs. Even a section of police had suggested that the airport authorities negotiate with the union leaders.

Sources said the efforts to find a solution gained steam after AAI officials spoke to senior officials in the chief minister’s office on Friday.

After the government stepped in, the airport police convened a meeting between the representatives of the contractor and union leaders. The meeting started after midnight and continued till the early hours of Saturday till a solution was reached, they said.

A senior officer of the NSCBI police station said they had urged all parties concerned to thrash out a solution for the sake of airport security.

The August 3 report in Metro

At the end of the marathon meeting, Mahesh Sunny Enterprises Pvt Ltd agreed to employ previous workers hired by the earlier agency as demanded by the NSCBI Airport Contractual Workers’ Union. The contractor was also allowed to depute the men it had brought from north India to run parking operations.

“The contractor agreed to retain all the previous workers. The union leaders also did not object to the agency deputing the men it had brought from north India,” said a cop. The parking fees were collected from 9.30am, said an airport official. Metro had reported how the union prevented the new agency from taking over parking operations since Thursday.

“I have deployed 15 men who are employees of our firm. I will bring in 15 more in the coming days. I am happy that we can finally start work,” said Babulal Yadav, general manager of Mahesh Sunny Enterprises.

Barun Natya, working president of the Trinamul-backed NSCBI Airport Contractual Workers’ Union, said since the earlier workers were retained, the union had no problem in allowing the agency to start work.

The Trinamul-backed workers had prevented the agency from taking control of the toll booths and the booths in the parking lot, demanding that it hire all the workers recruited by the previous agency.

The New Delhi-based Mahesh Sunny Enterprises has brought around 15 people from north India to run the booths.

The airport authorities had lodged a formal complaint with the Bidhannagar commissionerate but were apparently told to solve the issue through talks.

The airport authorities had written to the police that they were losing Rs 6 lakh daily in revenue.

“For the past two days, the booths were unmanned. It was becoming a security issue. We had deputed our men but the crisis dragged on for too long. That is why we had to convene the meeting,” a senior police officer said.

“The parking gates were unmanned for the past two days and we could not allow that to go on,” the officer said.

Sources said the Airports Authority of India officials approached the chief minister’s office on Friday and spoke to senior officials.

“The state government’s cooperation helped in resolving the crisis,” said an AAI official.

The toll booths and parking lot, which had remained unmanned for the past two days, had workers deputed from Saturday.

Marshals were back in front of the terminal, checking the tokens issued by booths at the entrance, mentioning the time of entry of a vehicle.

An airport official said after the two-day disruption, it would take some time before the operations were smooth again.