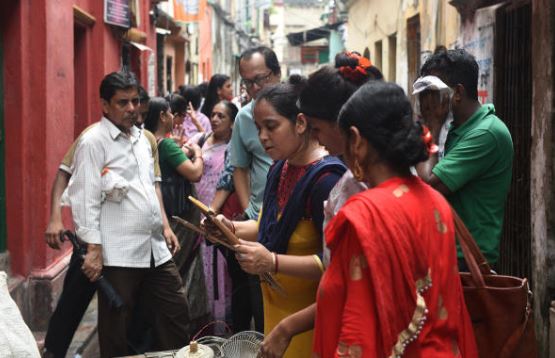 The displaced residents of Bowbazar who are queuing up for the Rs 5-lakh compensation are being asked to declare that they agree to be prosecuted if the information they are providing or claims they are making prove to be false.

KMRC officials said they had decided to be cautious after detecting discrepancies in the applications of 112 residents. “Some provided false identity proof and a few made false claims to establish that they are eligible for compensation,” an official said.

Officials are visiting the hotels where the residents of the 78 affected addresses have been put up and distributing the declaration forms to them.

Another team is visiting the affected neighbourhoods to find out whether those who have claimed the compensation actually lived there.

“The exercise is aimed at creating transparency so that there is no confusion.... We have stopped releasing the money following the disparities,” a KMRC official said.

Alarm bells started ringing when officials came across two claims for compensation — one from a man and another from a woman — from the same address. “We later found out that the claimants are a couple and they live separately,” an official said.