Hundreds of residents of India and Bangladesh, particularly those having relatives on the other side of the border, met at the fences at a fair that was organised at Rajganj block in Jalpaiguri on Sunday. 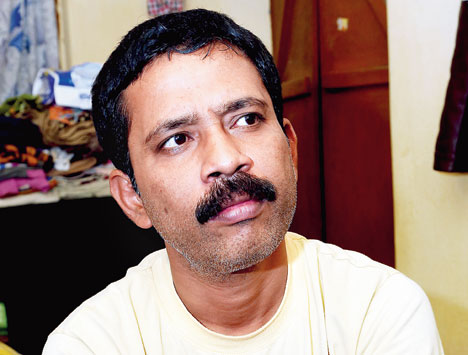 Hundreds of residents of India and Bangladesh, particularly those having relatives on the other side of the border, met at the fences at a fair that was organised at Rajganj block in Jalpaiguri on Sunday.

The meet was held under the supervision of the Border Security Force and Border Guards Bangladesh (BGB).

Those from Bangladesh brought "Hilsha" in good quantities. The fish was tossed from the other side of the fence to customers on the Indian side, who in turn, tossed currency notes to make payments.

Also, gifts were exchanged among relatives, standing both sides of the fence, on the occasion of the Bengali New Year.

At the event, residents from adjoining villages like Khalpara, Bholapara, Gadra and Madanbari assembled on the Indian side. On the other side stood hundreds of Bangladeshis, hailing from Panchagar district of the country.

Known as "Milan Mela," the fair is held every year from 10am to 3pm.

"I came to meet my aunt who resides in Panchagar. I could not cross the border but gave her a sari that I tossed above the fence. My satisfaction is that she got that packet safely," said Abhijit Roy, who stays at Kukurjan in Rajganj block.

While some like Abhijit came to exchange gifts, several others turned up to collect "Hilsha".

The Bangladeshis brought fishes weighing around a kilo and sold at a price of Rs 400.

"It was a nice catch. Usually, Bangladeshi 'Hilsha' sells in the local market at a price of at least Rs 800 per kilo. I got a pair at the same price, that too on the first day of the Bengali New Year," said Sadhan Dutta.

During the five hours when residents were allowed stand near the fence as BSF and BGB personnel maintained their vigil, several quintals of the fish were sold.

"It is a wonderful opportunity for us to meet our relatives. Although we could get merely a few hours to meet them, many wait for this particular day that comes once a year," said Khageswar Roy, the MLA of Rajganj.

Reporting by our Jalpaiguri correspondent and picture by Biplab Basak