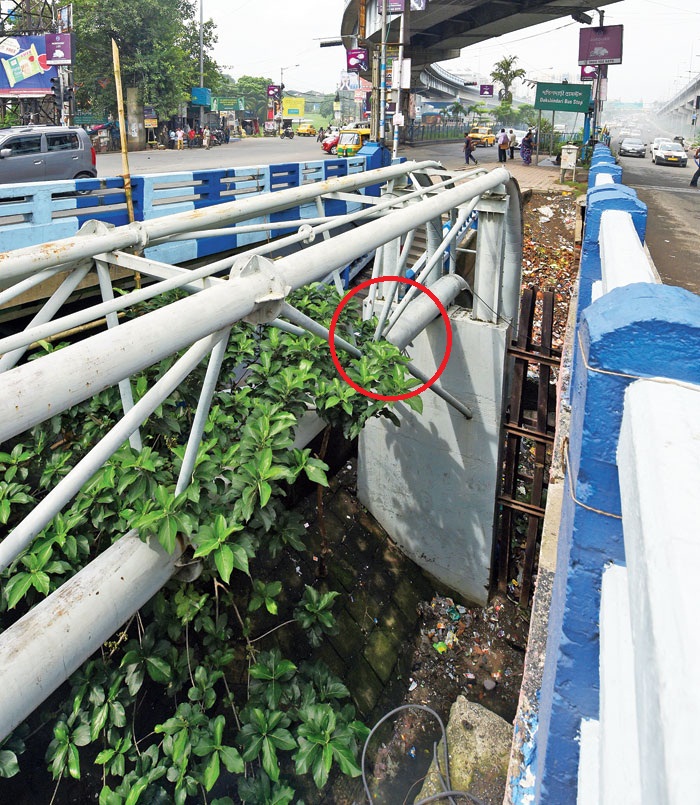 A man was found hanging from a pipeline beside Ultadanga bridge around 6am on Wednesday but officers of three nearby police stations in Calcutta police and Bidhannagar police jurisdictions spent three hours to decide who should remove the body.

As officers of Maniktala police station, Ultadanga police station and Lake Town police station racked their brains to ascertain the jurisdiction in which the man was found hanging, scores of residents of the neighbourhood witnessed in shock the sight of a man hanging around 20ft from the ground with a towel around his neck.

After three hours of discussion and deliberation, Calcutta police removed the body and sent it to RG Kar Hospital for post-mortem and initiated an unnatural death case with Ultadanga police station.

However later in the afternoon, officers of all the three police stations met at the spot and checked the latitude-longitude of the place to find that the spot came under the jurisdiction of the Lake Town police station.

According to the rulebook, any police station in India can draw a “zero FIR” for registering a case that has not happened in their jurisdiction. Once the jurisdiction is ascertained, case can be forwarded to the respective police station. In this case, as the person did not die naturally — it attracted an unnatural death case that could have been started by drawing an FIR.

The incident happened near Dakshindari bus stop near the northern end of the Ultadanga bridge that connects Ultadanga and Lake Town and has a canal underneath. Hundreds of people cross the stretch every day with a clear view of the pipelines from where the man was hanging for three hours.

A Calcutta police officer said as Lake Town police was reluctant to remove the body, we did it and started a “zero FIR” with Ultadanga police station.

A source said as Calcutta police officers were inspecting the spot and trying to ascertain whose jurisdiction it was, officers of Lake Town police station allegedly came only after the body was removed.

A resident of Sree Krishna Colony — an area close to the spot — said he saw the body around 6am and alerted others.

The man was identified as Raju Sardar — a mason by profession who also lived in the same neighbourhood. People in the locality said he had had a fight with his wife last night.

“I requested the police to at least remove the body. It was a sad sight to see Raju hanging for hours. But the women and children were scared at the sight,” the man said.

An officer of the Bidhannagar commissionerate claimed the body after realising that it was their jurisdiction.

“Ultadanga police station had taken away the body and started a zero FIR. Lake Town started proceedings after realising that it was hanging from a portion of the bridge that fell under their jurisdiction,” said Ronen Bandyopadhay, deputy commissioner, Bidhannagar police.

Bandyopadhay said that no argument had broken out about whose job was it to bring the body down among the officers of the different police stations.