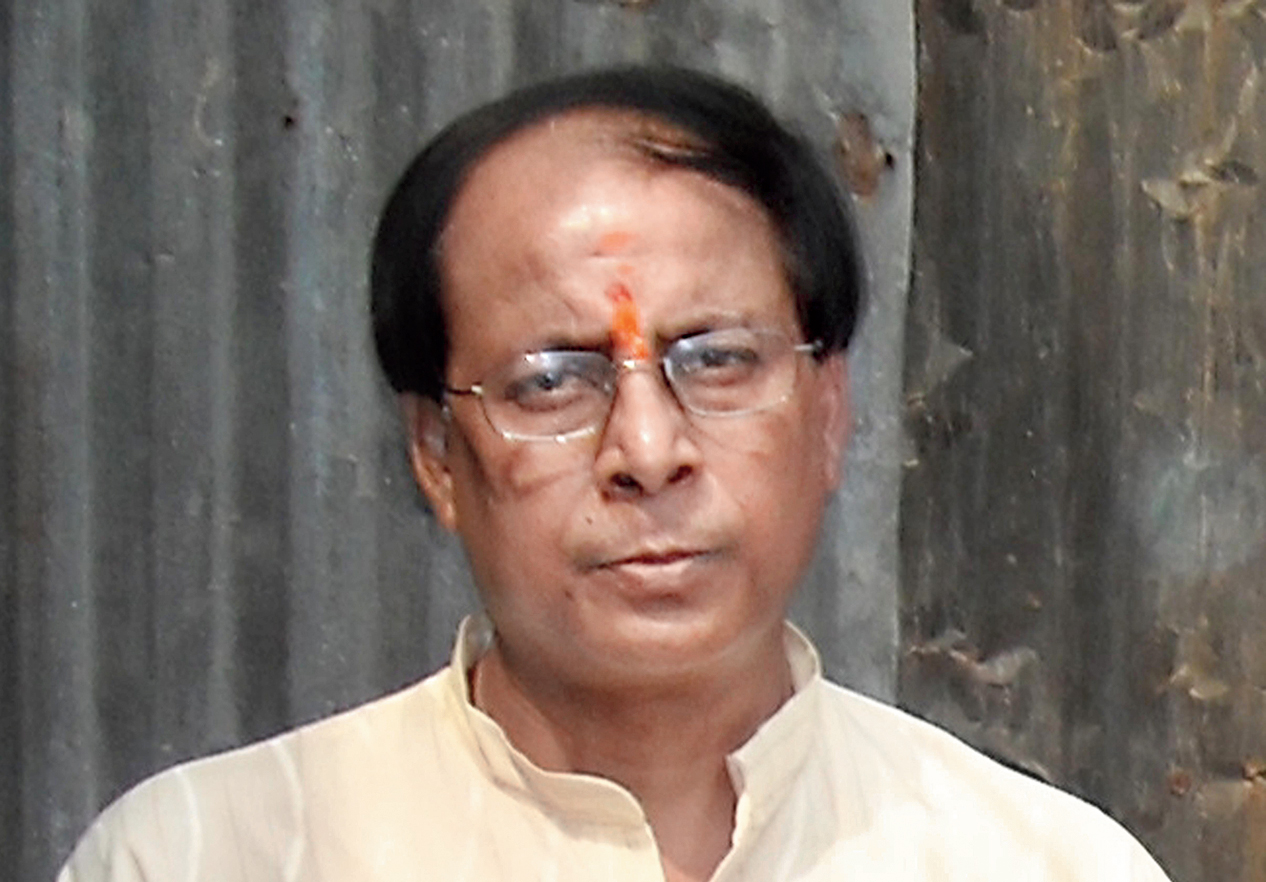 The BJP on Monday bagged its first zilla parishad in Bengal by getting on board most members of the Trinamul Congress-run rural body in South Dinajpur.

“There are 18 seats in the South Dinajpur zilla parishad. We have 10 elected members, including the sabhadhipati, with us. Four more members are with us, but they could not come here and formally join our party,” BJP leader Mukul Roy said at the induction programme organised at the party headquarters in New Delhi.

Along with the 10 members, including sabhadhipati Shefali Roy, former Harirampur MLA of Trinamul Biplab Mitra also joined the BJP. Roy was the immediate past president of Trinamul in South Dinajpur.

Bengal president of the BJP Dilip Ghosh was also present at the induction event.

The switch of Mitra and the zilla parishad members to the BJP, Ghosh said, would help the party further strengthen its base in South Dinajpur. “There would be more defections in the days to come and we hope to secure majority in some civic bodies of the district also,” said Ghosh.

On May 28, the BJP’s Bengal minder, Kailash Vijayvargiya, had said Trinamul would be wrecked through a seven-phase defection drive.

Asked which phase the defection on Monday was, Vijayvargiya said: “These are all extensions of the phase 1. Six phases still remain.”

Roy said Trinamul would lose majority in the Bengal Assembly by the end of phase 7.

Mitra’s desertion was in part to do with his objection to incumbent Balurghat MP Arpita Ghosh being fielded again in the seat by Trinamul in the recent Lok Sabha elections.

“Ahead of the elections, Mitra’s differences with Arpita had come out in the open. However, top leaders did not listen to him. The cracks further widened after the polls as he was removed from the post of the district president and Arpita, who lost in the seat, was made the new district chief,” said a Trinamul insider.

This made Mitra approach the BJP with his associates, including the zilla parishad members.

“There are many people like me who have strived for decades to bring Trinamul to power. But these days, certain decisions have left us disappointed. People who have no mass contact are given the priority while the old ones are sidelined. That is why I left Trinamul,” said Mitra.

Along with him, the Trinamul MLA of Kalchini, Wilson Champramary, also joined the BJP in Delhi.

Asked about the defections, Arpita Ghosh said: “The BJP cannot gain control of the zilla parishad as some of those who were in Delhi will return to Trinamul. Also, those who have defected to the BJP should resign from their posts and get re-elected as they won on Trinamul tickets.”

Trinamul leader and minister Firhad Hakim was critical of Mitra and others who had defected to the BJP.

“The likes of Biplab Mitra, who are joining the BJP now, were groomed in Congress politics before they came to Trinamul. That means they were believers in Mahatma Gandhi and his ideology. Then, how can they today join the camp that is responsible for Gandhi’s murder? Did they never have an ideology? Then, they came to Trinamul and are going to the BJP out of opportunism,” Hakim said in Calcutta.

“They would be used and thrown by the BJP eventually, the way they used and threw their Trinamul affiliation now,” he added.

Although there had been defections to the BJP in north Bengal after the Lok Sabha poll results were out, Monday’s has been the most major one. “Earlier, some Trinamul panchayat members, 17 councillors (from the Gorkha Janmukti Morcha) at Darjeeling municipality and a CPM MLA had joined the BJP. But this is the first time that a former district president, so many zilla parishad members and an MLA have joined the party,” said an observer.

He has pointed out that both Mitra and Champramary are known to have considerable clout in their respective areas.