While Joy Prakash Majumdar and Tiwari are in the line of the leadership’s wrath, the state unit has decided to pass the buck on junior Union minister Shantanu Thakur 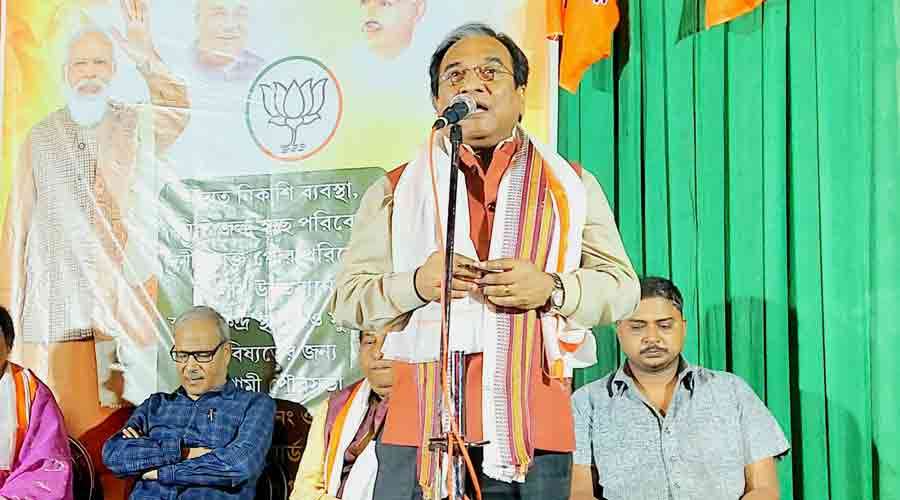 The Bengal BJP leadership has decided to issue showcause notices to two dissident leaders, Joy Prakash Majumdar and Ritesh Tiwari, for speaking against the

leadership in public, sources in the state unit said on Saturday.

“Joyda and Riteshda have made anti-party statements publicly in front of journalists. This is why the party has decided to issue showcause notices to them,” a source in the party said.

When this newspaper contacted Bengal BJP chief and Balurghat MP Sukanta Majumdar, he refused to comment on who would be showcaused. However, he acknowledged that the party was considering “action against the dissenters”.

“The party is discussing the issue with all stakeholders. The central leadership is being consulted as well,” Majumdar said.

Tiwari said he was yet to receive any letter. “Before I receive anything, the news is being selectively leaked to the media. This has been done with malafide intent and is a conspiracy against me. If I receive a showcause notice, I’ll reply to it as a loyal soldier of the party,” he said. Joy Prakash Majumdar couldn’t be contacted over phone.

While Joy Prakash Majumdar and Tiwari are in the line of the leadership’s wrath, the state unit has decided to pass the buck on junior Union minister and Bongaon MP Shantanu Thakur, who has gradually emerged as the face of the dissident group that has lashed out against state BJP’s general secretary (organisation) Amitava Chakraborty.

Though Thakur didn’t name Chakraborty, he had said that “a person who is in charge of the state unit organisation” was trying to malign the BJP by conspiring with the Trinamul Congress.

“Thakur is a central minister. He is out of our ambit. The central leadership will have to discuss whether any action will be taken against him,” the source said.