Bhutan brings business back to Jaigaon

Members of local business fraternity say ahead of the pandemic, total daily transaction in town in wholesale and retail sectors was around Rs 2 crore 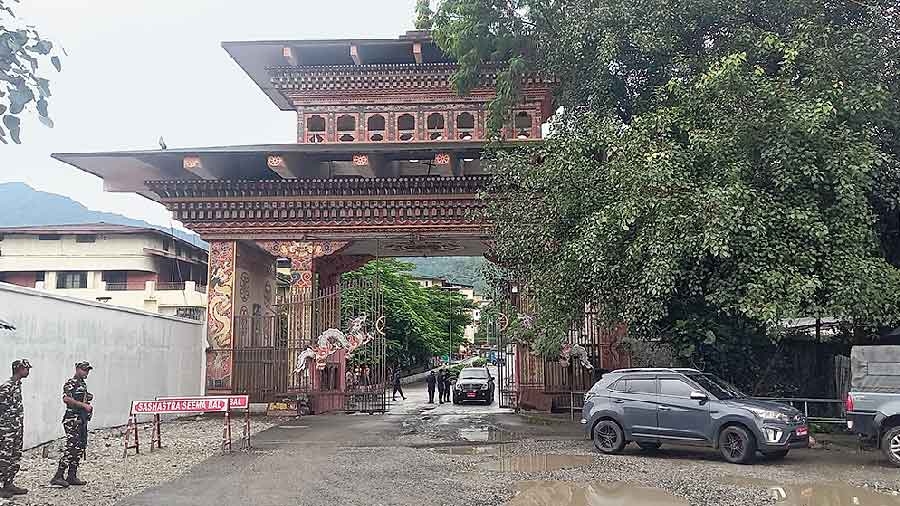 The gate separating Jaigaon in India and Phuentsholing in Bhutan during the border’s reopening on September 23
The Telegraph Picture
Our Correspondent   |   Alipurduar   |   Published 14.10.22, 01:00 AM

The reopening of Bhutan’s land borders with India after a gap of two-and-a-half years has made Jaigaon — that sits on the international border — a bustling town once again.

After March 2020, when the Himalayan kingdom had closed its land borders for passenger movement because of the Covid-19 pandemic, the economy in Jaigaon took a hit as the town had flourished because of demand from Bhutan.

Ramashankar Gupta, the secretary of the Jaigaon Merchants’ Association, said businesses had suffered badly at the border town during those 30 months.

“Business activities had completely dried up as no one crossed the border to visit Jaigaon. Also, tourists and visitors from outside had stopped coming to Jaigaon as they could not enter Bhutan. The Bhutan government’s decision to reopen the gates for people’s movement in September came as a major relief for us. It is only three weeks since the movement started and we can see the signs of revival,” he said.

According to members of the local business fraternity, ahead of the pandemic, the total daily transaction in the town in the wholesale and retail sectors was around Rs 2 crore.

“It had reduced to only a few lakhs in the two-and-a-half years but since September-end, it started increasing and these days, it has reached close to Rs 1 crore,’’ said a veteran trader of the town.

Before the pandemic, there had been around 1,800 traders in Jaigaon, involved in wholesale and retail business. Among them, around 60 per cent, that is, over 1,000, left the town as they could not find customers and could not bear the expenses of running their shops and godowns.

Many of them had headed for their native places in far-flung states like Rajasthan, Gujarat and Uttar Pradesh.

“However, in the past fortnight, around 700 of them came back. The shops and godowns, which they had taken on rent, had been lying vacant for months now. These days, our members are getting queries as people want to take these spaces again on rent. A section of them has already resumed their business,” said Rakesh Pandey, the general secretary of the Kalchini Block Chamber of Commerce.

The revival has been witnessed in the tourism sector as well. In Jaigaon, there are 42 hotels which altogether have around 700 rooms.

Before the pandemic, the average occupancy rate was around 70 per cent during the tourism season, said a tour operator at the border town.

He said like other places, the tourism sector here, too, had taken a beating because of the pandemic but here, they suffered more as the entry of people to Bhutan was stopped till last month.

“The hotels had been vacant for months and had eventually closed down. It is good that in the past 15 days or so, people started checking into the hotels. All the properties have opened,” said Ashok Agarwal, a hotel owner.

He said because of the new rules which were implemented for tourists in Bhutan – including a daily sustainable development fee of Rs 1,200 for every Indian, the inflow of Indian tourists was still low.

“We hope the occupancy rate would increase in due course,” added Agarwal.