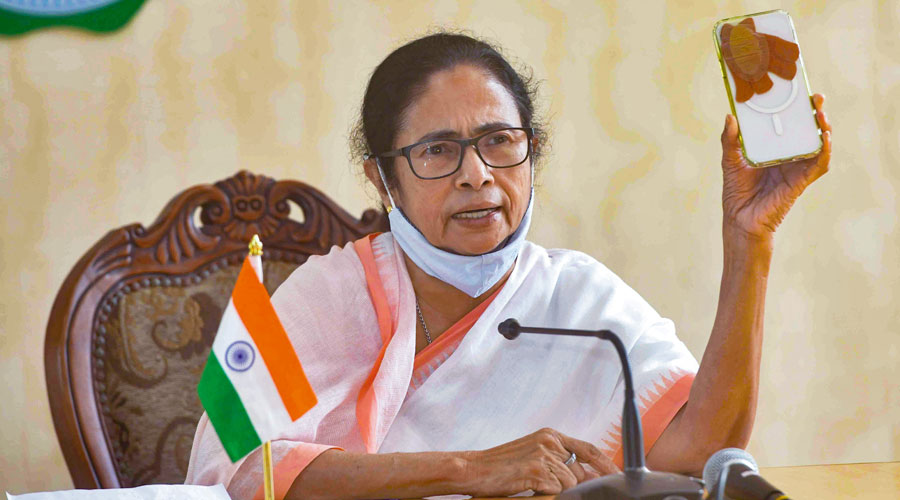 A directive from the Narendra Modi government issued in August has come as a stumbling block for one of Mamata Banerjee’s pet projects, the students' credit card scheme.

The circular has specifically instructed  banks in remote areas where internet access is difficult that the forms must be filled physically by students and uploaded to the Vidya Lakshmi portal.

The decision was taken after a review meeting of the target achieved till June 2021 where finance ministry officials learnt that loans to the tune of only Rs   2006.49crore were disbursed, barely 11.83 per cent of the annual target of Rs 16,965 crore. The ministry found only seven nationalised banks in the country were processing all students loan applications through the portal.

The Vidya Lakshmi portal was developed under the Centre’s proposal to have an IT-based student financial aid authority to administer and monitor scholarship and educational loan schemes through the Pradhan Mantri Vidya Lakshmi programme and has been functioning since 2018.

“We will ensure that no student misses out on higher education for lack of funds,” the late Union finance minister Arun Jaitley had said while announcing the scheme in his speech for the 2015-16 fiscal.

The objective is common to what Mamata claimed while launching the scheme on June 30. She had announced that undergraduates, post-graduates, doctoral and post-doctoral students in India and those of Indian origin residing abroad can avail of educational loans up to Rs 10lakh till the age of 40, while the repayment tenure was fixed at 15 years.

According to sources, the very scheme that Mamata has been tom-toming ran against guidelines issued by the Reserve Bank of India and other Centre-run institutes.

Till August 26, the state government had received around 79,043 applications seeking loans worth Rs 3,461.31crore, out of which only 298 have received approval to the tune of Rs 11lakh from the state-run cooperative banks. Over 40,000 applications were still under consideration with the State Bank of India and Punjab National Bank.

Now public sector banks are in a fix as they have to abide by the instructions issued by the Union finance ministry.

Bankers committee officials did not seem to have a clue about the Centre's directive.

“I have no information on the directive from the ministry. Some public sector banks are already on board with the WBSCC (West Bengal Students Credit Card) portal,” said Manas Dhar, a senior official of the state level bankers’ committee (SLBC).

Asked whether public sector banks were bound to follow the Centre’s directive, Dhar said he could not comment.