FIR lodged against Mamata Banerjee in connection with Sitalkuchi killings 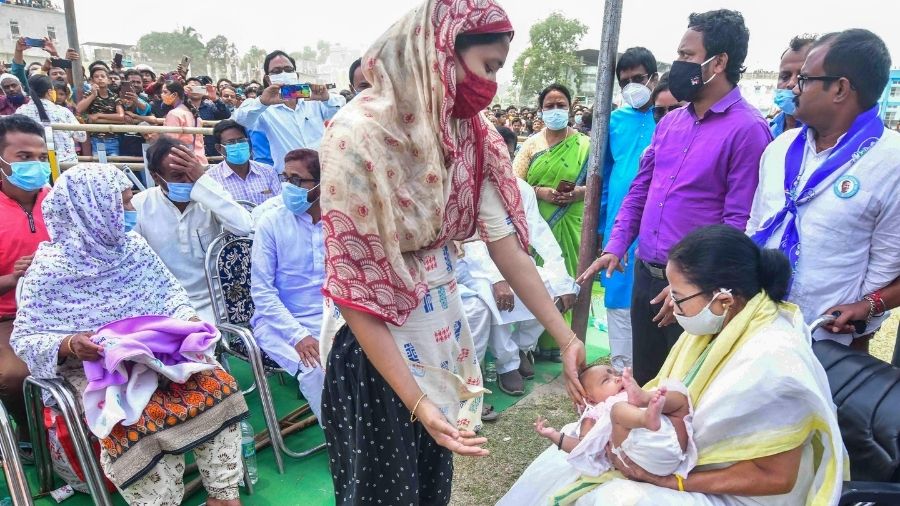 An FIR has been lodged against Bengal Chief Minister Mamata Banerjee at a police station here, alleging that she instigated voters to gherao central forces and that, in turn, led to the incident of firing in Sitalkuchi and the subsequent death of four persons.

Siddique Ali Mia, the zilla president of BJP's minority cell in Cooch Behar, cited the TMC supremo's comments during a rally in Banerswar area as he filed a complaint on Wednesday claiming that her address provoked people to attack CISF personnel during the fourth phase of state elections.

He attached a video clip of Mamata’s speech in his complaint at Mathabhanga police station.

Villagers, after being provoked by such provocative statements of Mamata Banerjee, tried to snatch fire arms of the deployed paramilitary forces, Mia said.

The BJP leader, when contacted, said he would launch a massive protest demanding the chief minister's arrest, if the police "sit idle" on the FIR in the next few days.

"She (Mamata) is solely responsible for the death of those four people. She is answerable to all the voters of our district," Mia stated.

At least four persons died outside a polling booth in Sitalkuchi assembly constituency on April 10 when CISF personnel opened fire in "self defence" allegedly after coming under attack from locals.

The Election Commission had suspended the voting exercise at the booth following the incident.

In its statement, the EC said, "The joint report of the two special observers has been received ... wherein they interalia stated that recourse to open fire by the CISF personnel became absolutely necessary in order to save the lives of the voters lined up at the polling booth, those of other polling personnel and their own lives as the mob had attempted snatching their weapons."

The poll panel had also banned political leaders from entering the district for three days.

Mamata met the family members of those killed in the firing on Wednesday.