Advertisement
Home / West-bengal / Are you a god or a superhuman, Mamata asks Modi on poll predictions

Are you a god or a superhuman, Mamata asks Modi on poll predictions 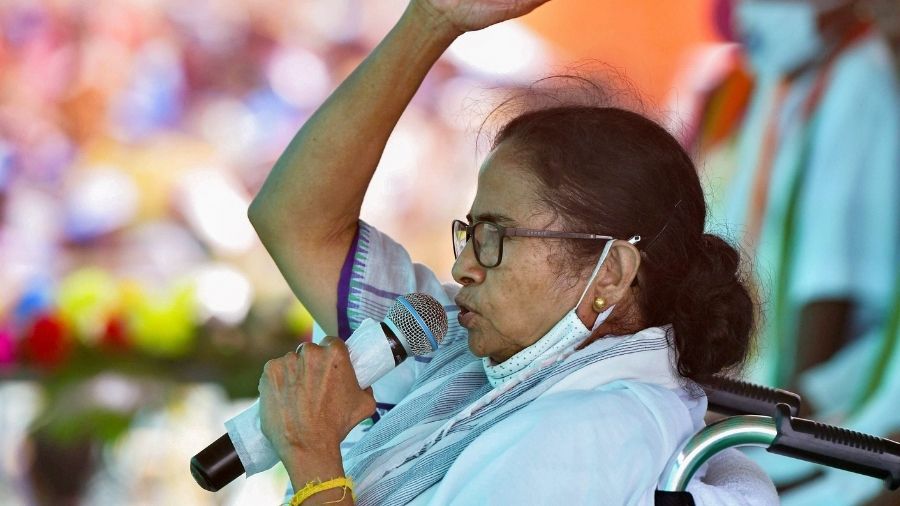 West Bengal Chief Minister Mamata Banerjee on Sunday wondered whether Prime Minister Narendra Modi is "god or a superhuman" to make claims of a BJP triumph in the Assembly elections, six phases of which still remain.

At an election rally at Khanakul in Hooghly district, the TMC boss, without naming the Indian Secular Front or its founder Abbas Siddiqui, also said the BJP is giving money "to a person" to eat into minority votes.

"What do you (Modi) think of yourself, are you god or superhuman," Mamata said, referring to remarks by the PM at public meetings that he will attend the oath-taking ceremony of the BJP government in Bengal and request it to implement the PM Kisan Nidhi scheme as early as possible.

Modi had also mocked the chief minister on Saturday, referring to some TMC leaders' claim that Mamata might contest elections from his Lok Sabha seat Varanasi in 2024, saying this proves that Didi has accepted defeat.

The TMC supremo alleged that Modi's recent visit to Bangladesh to commemorate its first prime minister Sheikh Mujibur Rahman's birth centenary year had led to rioting in the neighbouring country.

"There is a new person on the block who is trying to divide minority votes in the state and he is getting money from the BJP for this," Mamata said in a veiled reference to Siddiqui, whose ISF is fighting the elections in alliance with the CPI(M) and the Congress.

"He keeps making communal statements but will not go far," she asserted.

Mamata also claimed that Home Minister Amit Shah was instructing the Election Commission to transfer police officers in the state.